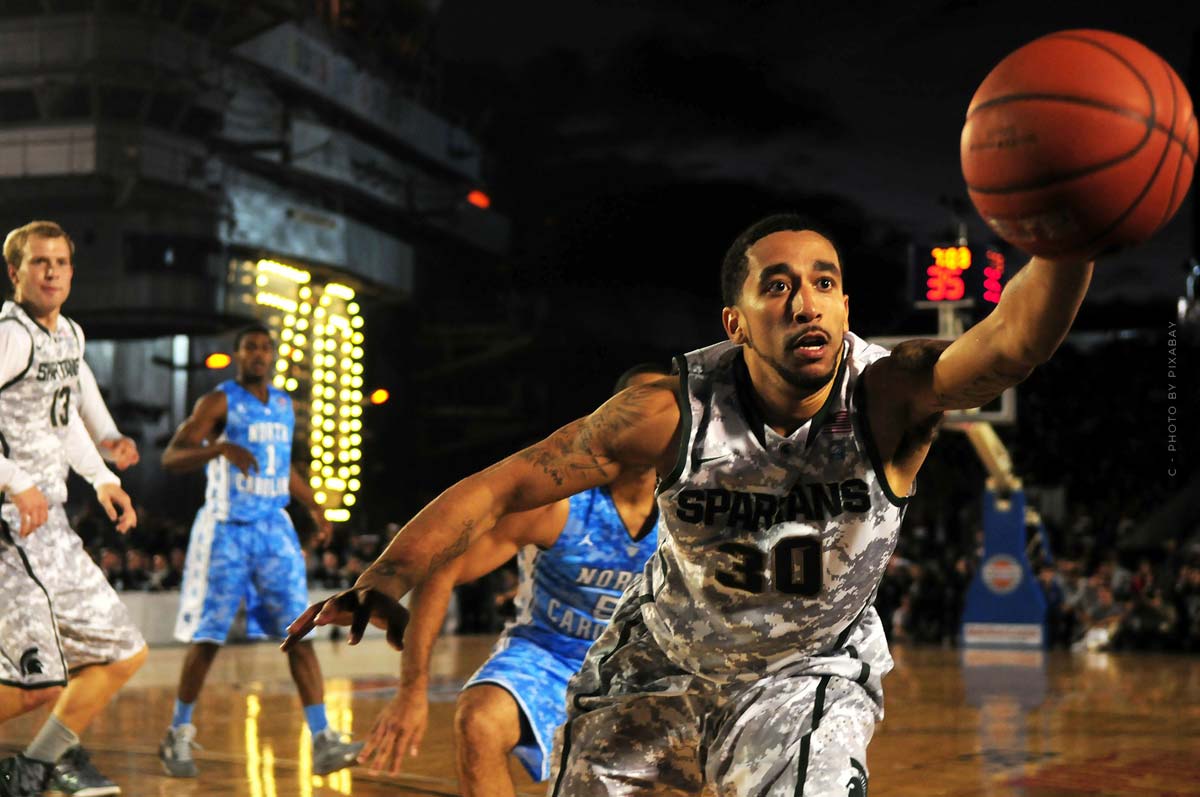 Converse – Just like Adidas, Asics and Nike, Converse is one of the best-known brands in the sports industry. In 1917, Marquis Converse designed his first sneaker All Star, actually intended as a pure basketball shoe. That this shoe would establish itself as one of the most popular models in the world, he himself probably would not have thought. Today, designer labels such as J.W.Anderson or Dior print the iconic Chuck Taylor with their logos, thus appointing it a timeless trend-stepper. Read the story about the brand that made the leap from a gymnastics brand to a cult brand here. Or you can read more about other fashion brands in our fashion guide.

Overview hide
The history of Converse: The Shoe of Basketball
Converse’ trademark
The most popular collaborations from Converse
Frequently asked questions about Converse:
Brands similar to Converse
Fashion brands: list

The history of Converse: The Shoe of Basketball

In 1908, Marquis Converse founded his company ‘Converse Rubber Shoe Company’ in Massachusetts, more precisely in Malden, a town of 60,000 inhabitants. At first, it was only about winter-proof shoes, which were still a long way from the later Chuck. In 1917, the American then designed his first sneaker, then still under the name Converse All-Star. An ankle-high model made of black canvas with a rubber sole and plastic cap, it was intended to take basketball to a new level. In 1923, basketball legend Chuck Taylor signed the round logo of the sneaker, giving it its unforgettable name.

Although Chuck Taylor did not have a spectacular career on the floor, he loved basketball with all his heart. From this love and passion was born the amazing phenomenon of the All Star model, which is probably one of the most famous shoes in the world. In short, after improving the original version, the model came on the market in the 20s, as a result of the collaboration between Marquis Mills Converse and Charles “Chuck” Taylor. At that time, basketball was still undiscovered and was not yet considered one of the most popular sports in the world. Chuck wanted to change it and found a unique way to do it.

His love for basketball

Being a basketball player himself, he knew the technique of the game and understood the needs and problems of the players. Therefore, co-creating and promoting a customized basketball model quickly became his life’s mission. Chuck was no ordinary salesman or marketer. He promoted Converse All Star sneakers by traveling around the U.S. and explaining the playing technique. He gained the fame and recognition of Americans to such an extent that the shoes became more associated with his name than with the Converse brand itself. After all, they are called “Chucks” to this day.

In 1936 basketball was officially appointed as an Olympic discipline, Converse equipped the American team with his Chuck. And with that, the sneaker’s iconic status was actually already assured.

Through competition to new success

In the 60s, a new final opponent entered the basketball segment in the form of Nike Air Jordan. Not only was Michael Jordan one of the best basketball players of all time, but Nike was an already established sports brand that everyone knew. Nevertheless, the end of the basketball era was not only negative for Converse. What followed in the years after became an important milestone in the history of the brand.

Stylish, universal, comfortable and in addition with “that mysterious something” – Converse All Star sneakers became more and more popular and have become one of the icons of pop culture. They were worn by rock legends like Robert Plant and Kurt Cobain. They were a symbol of resistance among anarchists and punks of bands like Ramones and Sex Pistols. Another turning point came in 1971, when Converse first launched colored canvas shoes so college teams could match their colors with those of their school and spectators could show their allegiance. “They weren’t thinking that far ahead, but because of those colors, the All Star became a badge of self-expression for youth,” Smallidge explains. Over time, the shoe became associated with individualism and countercultures, paving the way for the preferred choice of punks in the 1970s, metalheads in the 1980s and the grunge scene in the 1990s.

The Converse ‘Chuck Taylor’ All Star:

In 2001, Converse finally shut down all factories in the U.S. and moved production to sweatshops in Asia. Two years later, the company was sold to sporting goods manufacturer Nike for $305 million. In 2008, the Massachusetts-based company celebrated its 100th anniversary with the Converse Century Collection.

Since its launch, numerous celebrities have put their feet in Chucks. In the 50s, James Dean gave him a brief peak, in the late 70s it was John Travolta with his role in the box office hit Grease. In the ’90s, it was the basic outfit for heroin chic, as cultivated by Kate Moss or Kurt Cobain. The big designer collaborations then gave it a second spring, making it probably the cheapest sneaker ever worn by international influencers and street style stars. And recently Converse launched its 70 Hi after upcycling system made of organic cotton and canvas.

Here is a brief overview:

Converse shoes are absolute design classics. The typical white cap and the round logo make the models unique compared to other shoe manufacturers. Converse relies on tradition and so the Converse All Star has not changed in form and material since its creation. Only in terms of color or ornamentation, Converse offers everything from sequins, flowers, checks, to Grafittis, to plain variants that the heart desires.

True fans of the brand love their Converse only when they look so properly registered. Thus, the brand has now evolved from a basketball shoe to an everyday all-rounder. The popular Chuck’s are not only worn with jeans, but also with suits with pleasure.

The most popular collaborations from Converse

Because the Converse is one of the most famous and popular shoes ever, the number of collaboration requests is also conceivably high. From luxury brands to streetwear brands to series and various other brands, there is really something for everyone that interests them. Below you can get to know the most famous collaborations in more detail.

Hardly any sneaker has caused as much wind in recent years as the Dior Converse B23. For many luxury designer brands, it is always difficult to serve the sneaker market with their own sneakers. It was different for Kim Jones, who has been the chief creative director at Dior since 2018. Instead of designing new, ‘over designed’ sneakers himself, he stuck to well-known and already established sneaker models and just gave them the “Dior – touch”. Then in the summer of 2019, Dior released their first Converse and the rest is history.

The first Converse Dior B23:

The Converse Chuck 70 is close to being considered the perfect sneaker soon. The shoe is a sturdier, more comfortable version of the original basketball sneaker, the Chuck Taylor All-Star. Over the years, the shoe has become a favorite of Loewe and JW Anderson designer Jonathan Anderson.

After several seasons of adding felt, glitter or crisscrossing logos to the Chuck 70, Anderson decided to tear the thing up. He removed the thin rubber sole from the bottom and instead put in a chunky, curved sole that he borrowed from the Converse Run Star. According to Converse, the shoe is an homage to remix or mash-up culture: the merging of two disparate pieces into something new, yet familiar.

The latest sneaker from the collaboration series with JW Anderson:

This time, the PLAY design team has chosen the All Star Chuck 70 as the canvas for the collaboration. Gone is the ultra-minimalist philosophy that went into the Chuck Taylor. Instead, a greatly enlarged heart logo protrudes from behind the midsole. Unlike all the other collaborations on this list, the Chuck 70 is still reissued every season to satisfy the seemingly insatiable demand for this popular silhouette.

In his first collaboration with Converse, Rick Owens reworks the popular Chuck ’70 in a high-top and low-top variant. The collaboration brings the designer full circle, as the aforementioned Ramones were actually Owens’ interpretation of Converse’s iconic silhouette.

Owens’ version of the Chuck 70 – dubbed the DRKSHDW “TRBODRK” – features a triple toe cap and double sole. The sneaker has a durable canvas upper and co-branding details on the tongue and heel. Both colorways are available in limited quantities at the Highsnobiety Shop.

Here you will find the most frequently asked questions on the Internet:

Are Chucks from Converse?

What are the Converse models?

Below you’ll find posts about brands that have similarities to Converse. From shoe giants to collaborations.

Check out interesting collections and campaigns in our Converse video post.

One of the shoe giants of the fashion and sports scene bad. Nike was a long time competitor and ultimately the replacement of the “go-to” basketball sneaker of the time. Likewise, Nike is a frequent collaboration partner of many designers, as well as streetwear brands. Check out everything about Nike in more detail in our posts about the Nike brand.

Another giant in the sports fashion scene is the brand Asics. Asics is not a basketball brand, but a running brand, but it also made the leap from a popular sports brand to a popular streetwear brand. Asics is also a well-known partner for various collaborations with luxury brands or other brands. In our articles about Asics you can learn more about the history and the many shoes.

Are you excited about Converse and want to get to know more brands? Then check out our fashion guide here and get to know the top fashion brands in the world. Extravagant haute couture. Sophisticated prêt-à-porter. Fine sportswear and innovative accessories. The world’s most luxurious fashion brands delight millions of people and fashion lovers every year with their exquisite collections. They camp out in front of stores to snag limited edition specials, stand on the streets of Paris during the highly coveted Fashion Week, and sit wide-eyed in front of TVs to watch the latest and hippest runway shows. Here’s the ultimate fashion brand guide.