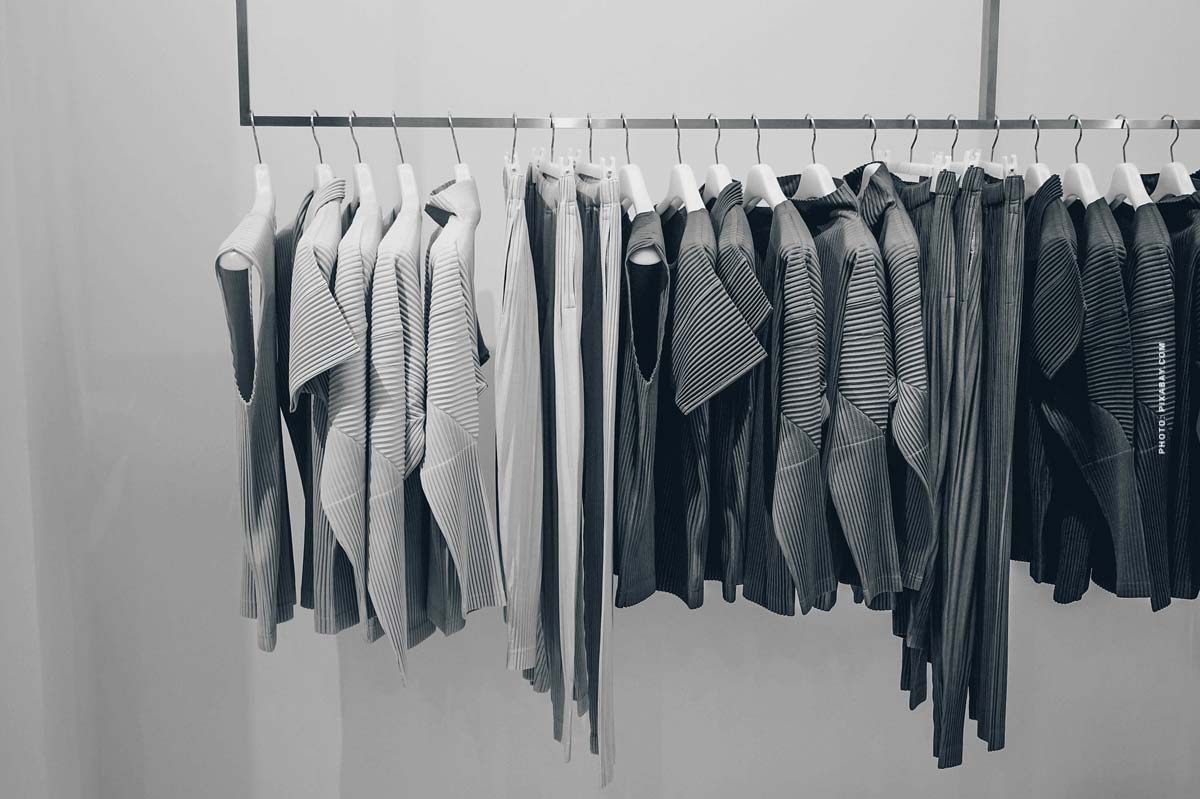 Rick Owens – known among other things for his Adidas sneakers. Rick Owens actually studied art and likes to incorporate his artistic ideas into clothing, fashion shows and exhibitions. His style is predominantly futuristic and kept in dark colors. In his online shop he offers among other things his fancy t-shirts, shoes and bags. In these videos you get an overview of his collections for men and women, exhibitions, an interview and the collaboration with sports brand ADIDAS.

Rick Owen’s collections are often very outlandish. Besides the clothes on the runway, it’s also about the performance of the show itself. To get to know the nature of his collections for women, you can watch the next two videos.

He also shakes up social norms. That’s why his pieces often have an androgynous unisex look and his shows have overthemes for society as a whole. With these he likes to go into the unusual and indecent to shock and get attention. He sells his high-end clothing on his website.

This fashion show “Gethsemane” took place directly on the beach of the island Lido di Venezia in Venice. In the background you can see the blue waves crashing against the stone jetty on which the models are walking. The gloomy atmosphere gives a kind of “end of the world” mood, and the clothes are accentuated by the foggy weather. Many pieces in the collection are very dark in shades of brown, purple and blue. Lighter colors, like white and gray, are very rarely used for contrast. The overlong coats are reminiscent of gowns and give it an almost ceremonial feel, like a funeral. Under the robes, the models wear tight-fitting bodysuits, some of which are shiny or even colorful. Impressive shoulder pads, quilted fabric and vertical rectangles in front of the torso and neck are recurring themes. All models are masked and wear massive platform high heels.

The name of the show describes the garden in which Jesus was imprisoned. This biblical theme supports the dystopian character of the show and gives it something of the Day of Judgement, the Apocalypse. The hazy background and the endless sea combined with the rather drab clothing convey a certain hopelessness.

Marcel Duchamp placed a urinal in New York’s Grand Central Place, and 99 years later Rick Owens has his models carry people. We’ll spare you the details of this development now, but you can see very nicely through it that the shock and the unfamiliar are central elements of free art. These bring attention. Attention brings prestige, which in turn brings money.

In this show it becomes particularly clear that Rick Owens is not only a designer but also a performance artist. His show is not limited to the atmospheric presentation of his collection, but he puts it into a new artistic context that stimulates thought processes in the viewer.

The whole thing might seem a bit strange, but in this video the background, basic idea and the individual elements of the show are explained to you in more detail by the people involved.

Similar to women, his men’s clothing shows also have a wow effect. Here, too, his models are often dressed androgynously.

“PERFORMA” is the name of this winter collection for men. The designer was inspired by the style of performance legend David Bowie, among others. Therefore, there are abstract and elongated shoulder pads, full-body suits with one arm and one leg missing, colorful leather and a linear pinstripe pattern. The pieces are made from a felt-like cashmere, which Vogue says is an homage to German performance artist Joseph Beuys, whose art depicted felt as a healing material. In addition to the natural material, there are also futuristic high-gloss elements and many of the models wear long wigs. As in the winter collection for women, most of the Male models wear massive platform high heels with silver applications. The fog close to the floor gives a certain drama to the fashion show.

“PERFORMA” offers a touch of androgyny, mixing deliberately feminine styles such as platform high heels, long hair and cut-outs on the leg, shoulder and stomach with masculine styles such as blazers, suits and pinstripe patterns. Again, this draws attention and breaks existing norms. To watch the show in detail, check out this video.

“CYCLOPS” – Cyclops, after the one-eyed monster from Greek mythology, he named this summer collection. Many of the one-piece outfits are reminiscent of Greek tunics. Single eyes and circles, almost like a pupil, are recurring motifs. Typical for Owen, many pieces are again kept very dark, light tones only provide accents. The headgear made of fur has a very strong conspicuousness. Looking a bit like a boar’s head, the natural material is wrapped around the models’ heads, leaving only a hole in the front to see through. A focus, like a camera lens, almost an eye that looks at the world with distortion.

Artists: Exhibition at the Centre Pompideu

In order to understand modern art, we have to get away from the idea of the traditional artist in front of the canvas. Modern art is about the conceptual idea and especially in performance art, about the moment of execution, the process it triggers. Material is elevated to art in the context of action.

So are the performers the artists when they put themselves on display at the Centre Pompidau? Yes, of course. Does it make Rick Owens less of an artist that he “only” planned? According to the thesis from before, rather not. It was his idea, his conception, therefore he is also the artist. According to his idea, different performers, including his wife in fancy costumes, presented performances in the style of “voguing” on pieces of furniture of his brand. Voguing is a style of dance from the homosexual subculture of the seventies and is very physical and geometric.

For some clips and the general structure of the performance, you can watch this video.

This commercial features Rick Owens’ first collaboration with sports brand Adidas. The shoes are inspired by Owens’ signature monochrome look and dark aesthetic. He focuses on geometric but simple shapes. The rectangular lacing, split sole and oversized tongue are striking. It breaks the idea of a normal running shoe and makes it a special eye-catcher.

Owen’s goal was to create fashionable running shoes, even though he hates cardio workouts.

Interview: The designer in portrait

This interview shows the designer at work in his studio as he talks about his thoughts and inspirations in his collections and art.

Here we have put together some similar brands for you or you can take a look at our fashion brand list where you have all the big labels at a glance. Maybe these two suggestions are not quite as artistic, but at least as high fashion.

Valentino stands for high fashion and haute couture like no other brand. This is especially clear in the luxurious perfumes of the brand, especially known is the Valentino Uomo Eau de Toilette. So that you can get to know the haute couture of the brand in addition to the popular sweaters, we have put together a few fashion shows for you here. There are also spots for a handbag collection with Chinese actress Guan Xiaotong and for perfume with singer Lady Gaga. To find out who is actually behind the striking Valentino red, you can find an interview with the creative director here.

Dior, an exclusive luxury label full of elegance, class and quality. The fashion label has been presenting high-quality detailed high fashion collections, such as bags, shoes, jewelry and other accessories for years. But the collections are not only presented on exclusive runways, but are also presented in extraordinary commercials, like perfumes and other must-haves of the season. Take a look at the innovative creations, commercials and exclusive backstage footage.

Are you excited about V and want to get to know more brands? Then check out our XXL Guide here and get to know the top fashion brands in the world.