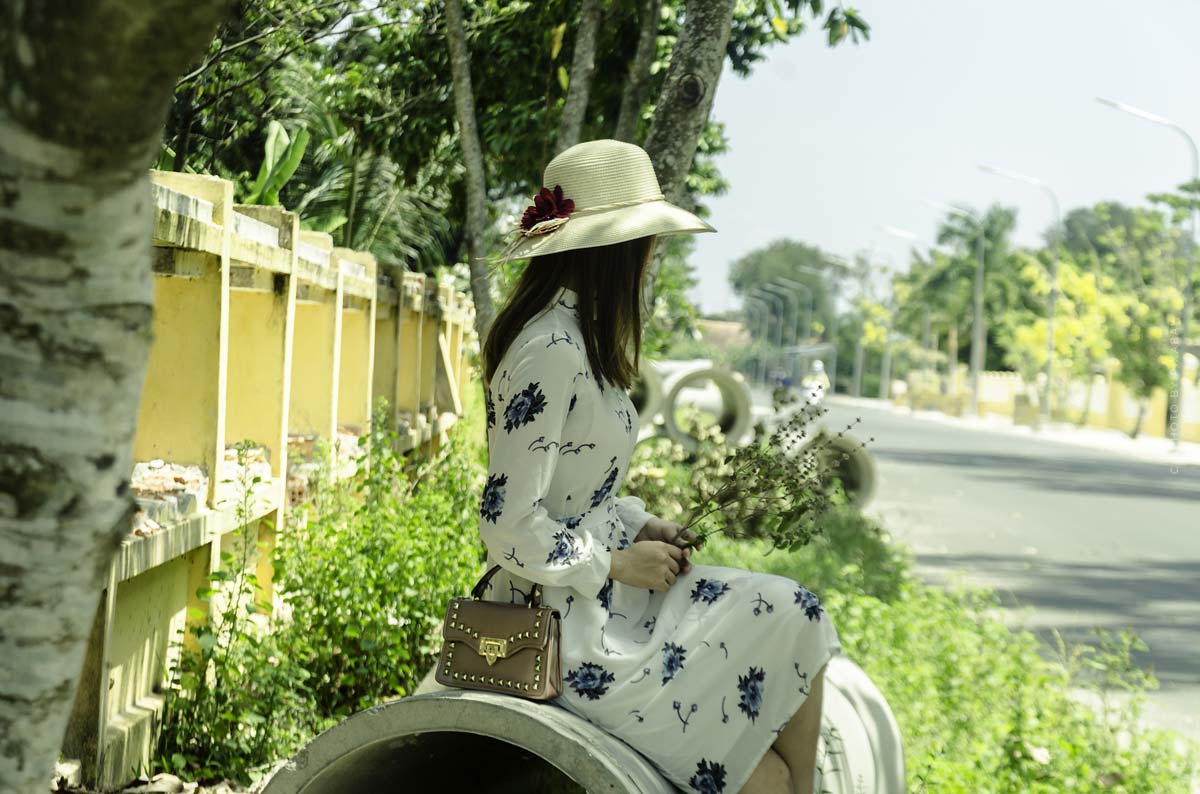 Overview hide
1 The history of Loewe
1.1 The great expansion of the brand
1.2 The first perfumes from Loewe
1.3 Present and modernity
2 Typical of the brand: Loewe style
3 Loewe: The most popular clothes
3.1 The famous Loewe Amazona bag
3.2 Anderson’s Spring/Summer 2022 Collection
3.3 Loewe Paisley Bandana Shirts
4 Loewe: The history of the logo
4.1 The famous anagram
4.2 The Loewe lettering
5 The love of craftsmanship
6 Loewe for Ghibli Studios
7 Frequently asked questions about Loewe
7.1 Where does Loewe come from?
7.2 What does Loewe mean?
7.3 Has Loewe been taken over?
8 Fashion brands similar to Loewe
8.1 Loewe videos
8.2 Raf Simons / Raf Simons Videos
8.3 Louis Vuitton / Louis Vuitton Videos
9 Fashion brands: list

The history of Loewe

The story of Loewe begins in a leather workshop on Calle Lobo in Madrid in 1872 with the arrival of the German craftsman Heinrich Loewe Rössberg. The German, originally from Kassel, met two Spaniards in Madrid, José Silva and Florencio Rivas, who had been running a fur and leather goods workshop there since 1846. In the same year, Loewe opened his first sales store for leather goods in Madrid. 13 years later, thanks to its great popularity among luxury lovers, it became the supplier of the royal family by order of Alfonso XIII.

The great expansion of the brand

After obtaining the title of official supplier of the Royal Family and handing over the management of the company to Enrique Loewe Squire and Germán Loewe Squire, the grandsons of the founder, Loewe began to grow rapidly and achieved great fame in Spain. While the former took care of the international expansion, the latter worked on the national enlargement in Spain. In addition, the new designs introduced in 1945 by José Pérez de Rozas, the new creative director, helped the fashion house achieve much more international fame. Beginning in the late 1960s, Loewe stores were also opened abroad, first in London in the then newly opened Hilton Hotel on Park Lane, on Jermyn Street, and finally on Old Bond Street. In the 1970s, Loewe stores opened their doors in Tokyo and Hong Kong.

The first perfumes from Loewe

In 1972, Loewe’s first perfume, called L, was released for women. The first fragrance for men, Loewe para Hombre (later renamed Loewe pour homme), followed in 1978, and both fragrances are still available today. The perfume line of women’s and men’s fragrances has been expanded over the years to include countless scents, including Aire (women), Aura (women), Esencia (men), Agua de Loewe (unisex), Solo (men), 7 (men), Loewe 001 (both women and men). In the 2010s alone, over 50 new or variations of previous fragrances were launched.

In the 1980s, Loewe was acquired by the Rumasa Group and later became part of the Urvois Spinola Group. In 1988, Enrique Loewe Lynch created the Loewe Foundation, which awards an annual international poetry prize. During the celebration of its 150th anniversary in 1996, Loewe announced its sale to the LVMH Group (Louis Vuitton, Hennessy, Moet). Later, in 1997, designer Narciso Rodriguez created his feminine prêt-à-porter line for the company. In the following years until today, the brand has had great creative directors at the top, such as Stuart Vevers (2007-2013) and the current director Jonathan Anderson.

Typical of the brand: Loewe style

If there is one thing that distinguishes Loewe, it is its ability to break stereotypes. This brand, born in Spain more than a century ago, has become an important part of many cultural and social movements. In addition, this brand has been supported by great personalities such as Ava Gardner, an icon of the 20th century. Her influence was so great that the handbag that this actress bought in one of the company’s stores became one of its most sought-after products.

Today, with the help of Jonathan Anderson, Loewe has decided to create a much more classic, coherent and value-driven product line.

Check out a typical Loewe look here with the new handbags in focus:

Loewe: The most popular clothes

Loewe as a brand has put out some pieces in its lifetime that were literally brand-defining and heavily influenced the upcoming collection. Also the change between different creative directors has led to many a legendary piece.

One example is the famous Amazona bag, created by Dario Rossi in 1975 and inspired by the wars of Greek mythology, a symbol of women’s empowerment that marks a before and after in Loewe’s history.

Here you can see the Amazona bag:

His new collection combined ribbed jersey T-shirt material with gold breastplates – perhaps an echo of Claude Lalanne’s work for Yves Saint Laurent in the 1960s. There was an upgrading of everyday fabrics – white tank tops beautifully paired with chiffon balloon pants – and a conceptual reworking of athletic tracksuits in taffeta. “Upgrading the normal,” as Anderson put it. On their feet, they wore strappy shoes with heels made of birthday candles, nail polish bottles and a bar of soap. Bags in lavender or red were made of stiff teddy bear fabric.

Nothing made sense – but that was the daring and fascination of this collection. We live in surreal times. Jonathan Anderson understood that and reflected it back. Such experimentation with fashion is really rare these days.

Here you can see a look from Loewe’s collection:

With his Paisley Bandana shirts from the spring/summer 2019 collection, he had a great success in the streetwear scene. The shirt wrapped in paisley bandana pattern, with an odd cut is a real eye-catcher for any outfit. Even with celebrities, the shirt entwas triggered. Seen on some rappers like Asap Rocky or Gunna, the shirt quickly became very popular and now adorns the closet of many fashion lovers.

Loewe: The history of the logo

In recent years, Loewe has reinvented itself time and again. From a new design direction for the stores led by Peter Marino to the appointment of London-based designer Jonathan Anderson as creative director in September 2013, the Spanish leather goods brand has undergone constant change.

M/M Paris, a design agency that has worked closely with Anderson since he took the helm of Loewe, have also redesigned the brand’s anagram, a four-L badge designed in 1970 by Spanish artist Vicente Vela. As usual, the two designers carefully researched their designs and created their logo after carefully studying the branding practices of cattle.

“We studied branding irons from around the world to understand how the metal is folded to create these structures” says Anderson.

The Anagram logo from Loewe:

The original lettering, set in a version of the Bembo typeface, was redesigned by the two Parisians in a font inspired by German-born typographer and calligrapher Berthold Wolpe. In looking at the brand’s history, the designers noted that the career of Wolpe (who was born near Frankfurt and emigrated to the UK in 1935) was reminiscent of that of Enrique Loewe Rössberg, the German-born craftsman whose name stood for a cooperative of Spanish leather craftsmen in the mid-19th century.

The new lettering is a testament to Wolpe’s legacy and the modernity of his work.

The love of craftsmanship

Craft is the essence of LOEWE. As a brand, they are all about craftsmanship in the purest sense of the word. “That’s where our modernity lies, and it will always be relevant.” – Jonathan Anderson emphasizes. The brand’s history began in 1846 in Spain as a workshop and collective dedicated to leather making. Since then, there has been a strong emphasis on artisanal techniques, as well as an approach to modern design and refined manufacturing.

The knowledge and wisdom are passed down from one generation of master craftsmen to the next, and their rich heritage of craftsmanship remains the living soul of the House. These core values are reflected in the belief in the importance of craftsmanship in today’s culture, in the modern interpretations of historical artistic achievements, and in the commitment to supporting contemporary art, craftsmanship and culture around the world.

A picture of the woven baskets of Loewe crafts:

In recent years, the dedication to craftsmanship has manifested itself in the production of special collaborations such as the Loewe Baskets collection for Salone del Mobile and global platforms such as the internationally recognized Loewe Foundation Craft Prize.

Loewe has released its collaboration with Studio Ghibli, dedicated to the popular 1988 anime film “My Neighbor Totoro”. Designed by creative director Jonathan Anderson, the collection features the film’s protagonists on a range of clothing and accessories.

The collaboration between LOEWE and Studio Ghibli is a testament to their shared love of craft and artisanal techniques, as well as their shared appreciation for nature. The film focuses on the connection to nature and is a tribute to the preservation of harmony between living creatures and the great outdoors.

Here you can see the promotional flyer for the collection:

Here you can find the most frequently asked questions about Loewe on the Internet:

Where does Loewe come from?

What does Loewe mean?

Has Loewe been taken over?

Despite the uniqueness of the brand, there are other designers who have certain similarities with Loewe. Be it the love for art and creativity or inspirations of the fashion collections. Below you will find designers that are similar to Loewe.

With a great dedication to art and craft, not only is loewe’s fashion admirable. also, the thoughts behind the runway shows and the creative influence of various artists are an important core at Loewe. Check out our video article for more on the artists’ campaigns and interviews.

Also like Loewe, Raf Simons has a love of art and craft and likes to incorporate it into his fashion shows. Also like Loewe, he has put out very famous one-of-a-kind pieces that have been seen on celebrities and have thus enjoyed some mainstream success. Learn more about the brand and designers or check out runway shows or interviews in our posts about the brand.

Loewe had a great influence on the handbag culture of designer brands, so the connection with other designer brands known for bags is not far. Probably one of the most famous bags is that of Louis Vuitton. If you want to know more about Louis Vuitton or their collections and campaigns, check out our posts about them.

Are you excited about Raf Simons and want to get to know more brands? Then check out our fashion guide here and get to know the top fashion brands in the world. Extravagant haute couture. Sophisticated prêt-à-porter. Fine sportswear and innovative accessories. The world’s most luxurious fashion brands delight millions of people and fashion lovers every year with their exquisite collections. They camp out in front of stores to snag limited edition specials, stand on the streets of Paris during the highly coveted Fashion Week, and sit wide-eyed in front of televisions to watch the latest and hippest runway shows. Here’s the ultimate fashion brand guide. 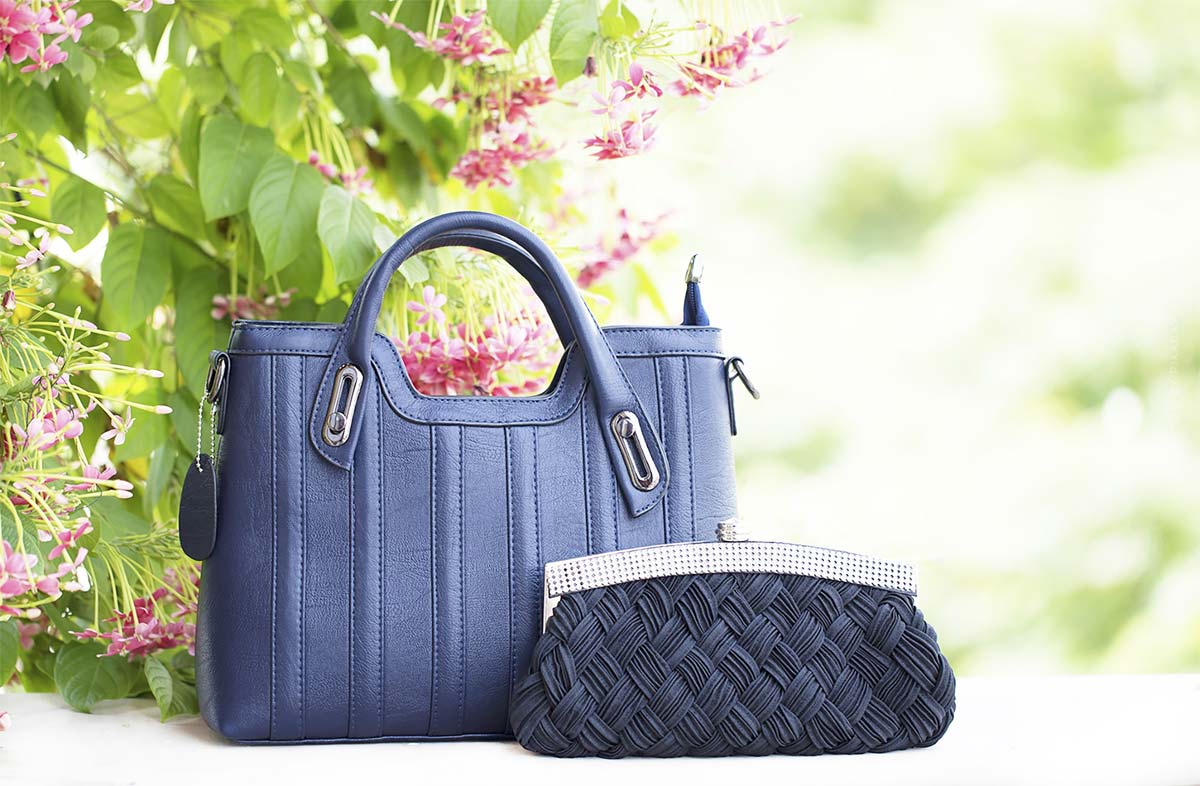