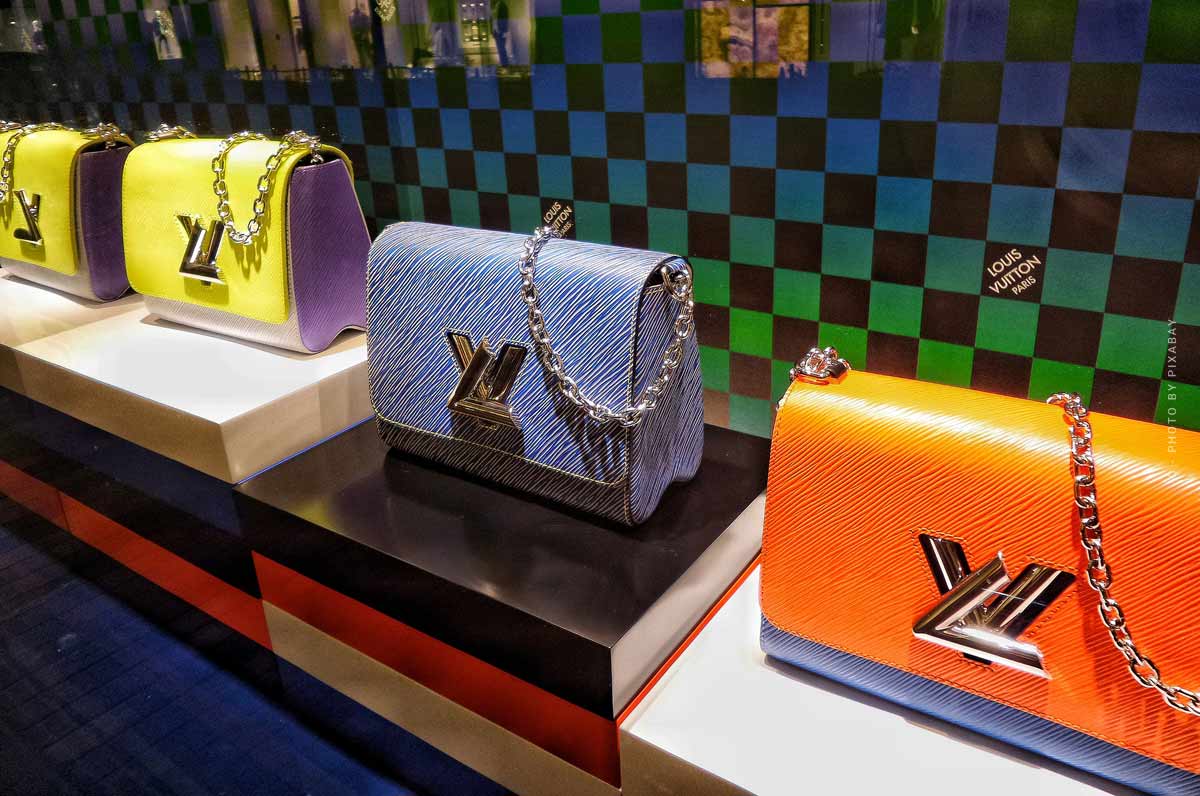 Since 1854 Louis Vuitton has played an important role in the fashion world. His designs in the context of culture enrich the fashion universe with unique designs that have become indispensable. With the perfect blend of style and quality, innovation is combined. Even today, after many years, the creative impulse of the designer lives on.

From suitcase to chain – the best designs for women & men

The initial suitcase company has long since ceased to play in just one rail. In the last 166 years the company has developed further and this very clearly. Collections cover every detail and this starts with hats, earrings and necklaces and ends with shoes, coats and dresses. The pieces vary from classics to seasonal hypes, but people always talk about Louis Vuitton.

Bags & suitcases – the ‘Art of Travel’

One thing has always been clear for the label’s founder, he has defined the art of travel by appreciating and revolutionizing the luggage. Not only quality, but also design and innovation moved him and this has borne fruit, even today. The quality of the designer’s bags and luggage is outstanding and countless satisfied customers prove it. From small everyday bags to the initial travel bags, Louis Vuitton equips you completely. The bags are handmade in countries like France, Spain or the USA. There is no limit to the variety of bags, so whether you choose a large shopper bag or a small, simple mini bag, you will always make a statement!

It is seldom worth buying an expensive designer part and hoping for an increasing value. The Louis Vuitton brand is therefore one of the few where the value of the bags is increasing and the purchase is an investment with a future. If you are more interested in capital investments, such as watches, diamonds and cars, you should here not miss anything anymore!

#LVMenFW20 A Keepall with a cloud motif from #VirgilAbloh’s latest collection for #LouisVuitton. Watch now on IGTV and at louisvuitton.com

Whether modern sneaker or classic leather shoe. Whether for ladies or for men, Louis Vuitton’s range of shoes is impressive. There is something for every taste. Prices start at around 800 euros and therefore not everyone can afford such luxury on their feet. Despite the high prices, LV shoes are among the hippest of the time. Especially the exclusivity increases the value of the shoe. The beautiful models can have classic and already known shapes, but the brand can also convince with new styles and own designs. Like the Archlight Sneaker, which made a big wave in 2019 and caused a real hype on social platforms. Its extraordinary shape stretches the foot and the interplay of the color arrangement makes the design super unique.

Fresh updates on a beloved silhouette. #LouisVuitton’s LV Archlight sneakers now come in new designs for the new season. Explore the collection via link in bio.

One thing is clear, whoever wears a belt from Louis Vuitton wants to be seen. Black or white. Coloured or brown. Big or small. Simple is not a single belt of the high fashion brand. Decorated with an eye-catching logo and often with glitter stones or golden accents. But the belt is very popular, which is proven by the countless people who wear the beautiful accessories of the brand.

Not only the latest collections and handbags are interesting for the LV fans, also questions about the origin and materials are very important for the buyers. Here you can read the most frequently asked questions about the label and find the right answers.

What does a Louis Vuitton cost?

The prices of Louis Vuitton clothing vary widely and it depends on each individual design that you like best. For LV bags, prices start at 750 Euros and can go up to 2000 Euros. If you want a Custum-Made bag, you can expect higher costs.

Where was Louis Vuitton born?

The designer Louis Vuitton was born in France in the Département Jura. He founded his company in Paris.

How long has Louis Vuitton existed

Louis Vuitton began to build the company at the age of 33, in 1854, which means that the label has been around for over 166 years. The first shop in France was opened in 1885.

How did Louis Vuitton come into being?

Initially, Mr. Louis Vuitton only manufactured suitcases and revolutionized the travel market. Later, the product range expanded to include bags, clothing, shoes and accessories. His son George Vuitton was the inventor of the famous Louis Vuitton logo. After the brand’s growing popularity, the suitcase manufacturer opened ever larger stores, including one on Oxford Street in London.

Who is the Founder of Louis Vuitton?

The label was founded by Louis Vuitton in France in 1854. Vuitton was a French craftsman, entrepreneur and trained suitcase maker.

There is much more to learn about the company than just the questions mentioned above, so if you want to enter the fashion universe of designer Louis Vuitton, you can find out all about the founding and development of the company and awards the label has already won.

Revolution through suitcases – the beginning

At the age of 16, Louis Vuitton made an important decision that would change his life and that of his son forever. Even before his apprenticeship in Paris, craftsmanship and suitcase making were in his blood. In Paris he started an apprenticeship in the house of Monsieur Maréchal. At that time, suitcases were only used for the purpose of transporting his own objects from A to B as protected as possible. Design did not play a major role. Soon the craft was successful and Vuitton had to employ more than 100 people by 1900. 14 years later there were already 225 employees.

George Vuitton is the son of the craftsman Louis Vuitton. He took over his father’s studio, because it was now an integral part of the family and was simply continued to be used. Like his father, he was always careful to protect the contents of his customers’ suitcases. So he developed the suitcase lock, which he also had patented after the finished development. With this idea he turned the suitcases into real treasure chests. But it was not to end there. George was the inventor of the well known LV pattern, which even today should not be foreign to anyone. Stylistically, the brown pattern was based on Art Nouveau and it should protect the suitcases against forgery. Thanks to George the label expanded all over the world and became very present in cities like New York.

The studio in which the first cases and collections were created is still preserved today. The family home is now a private museum. In the workshops in France, 170 employees still work on designs and the production of leather goods, as well as special designs or similar.

In addition to the classics that the company offers, Louis Vuitton should not be missing at any Fashion Week. Whoever becomes part of the fashion shows becomes part of something great. Spectacular backdrops and beautiful dresses are presented and all the energy sprays with creativity.

Paris Runway – a spectacle between light and fashion

With this runway setting, as with every show, countless fashion lovers were amazed. The interplay of light, darkness, a central location in Paris and the presented collection has an almost magical effect. The aesthetics are touching and for every fan of fashion it is a dream to be there and see it live. Surrounded by water and glass, the catwalk was a real aesthetic experience. The collection included outfits from brightly coloured to black and white. Whether Boots or High Heels, everything was there. Signed with music by Woodkid, the show could be seen and heard literally.

An absolute moment to marvel at. This fashion show couldn’t have brought the summer vibe across any better. The large hall and the gigantic screen transformed the whole show into a breathtaking experience for all guests and viewers of the live stream. The atmosphere created by the colour accents in the video in the background reminds of a warm June evening as the sun goes down and couldn’t have been more appropriate for the collection created for it. The designs of this collection were full of colour and seemed very lively. The summer feeling was 100% available in this collection.

All chief designers at a glance

Did this article make you curious? Here you find the link to get more information about the luxury label and the direct link to the online store of the brand.