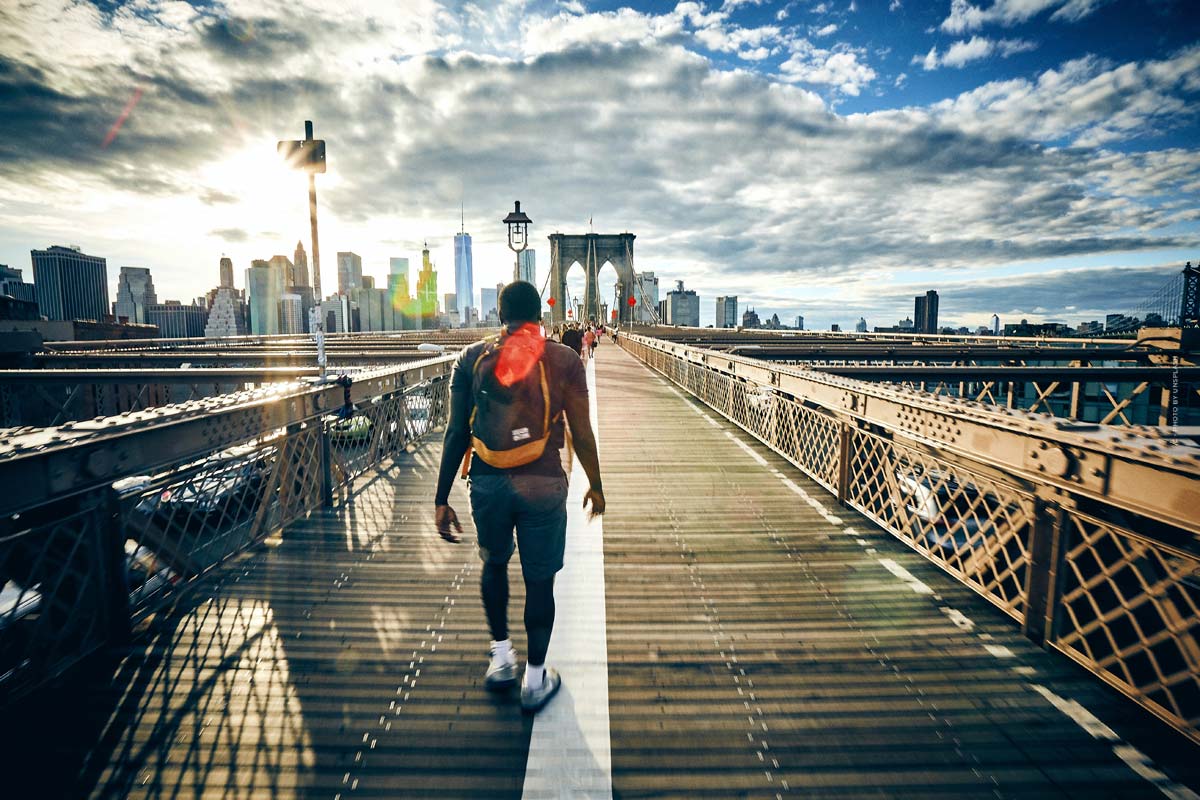 Becoming a model in New York – posing in front of the world-famous Brookyln Bridge, Instagram selfies on the rooftops of Manhattan or shooting in the middle of Times Square. For young models, living and working in New York is a dream come true. When you think of New York you think of the Statue of Liberty, the perfect first selfie to show the world you’ve arrived in New York. A view of Manhattan that you will never forget can only be found at the Top of The Rock. Here you will find the best selfie recommendations that we present to you as a model agency:

In the Big Apple, there are super many selfie locations that people love to visit for a nice post on social platforms or just for yourself as a memory. If you’re already there, it’s always nice to take pictures for memories or social media. In the Big Apple there are many spots that are popular for such snapshots – whether on the Rockefeller Center with an amazing view over the city, in the Brooklyn Bridge Park, or at the various houses and skyscrapers.

Times Square is simply a must-see! Located at the intersection of Broadway and Seventh Avenue, it is the center of Manhattan’s theater district known as Broadway. At night, you can admire the many advertising lights even better.

Top of The Rock: View over Manhattan

The Top of The Rock is located on the Rockefeller Center in New York. There you have a breathtaking view over the city. Many pictures are taken in front of the telescope, through which you can take a closer look at all of New York.

In front of Rockefeller Center during the Christmas season there is always a huge Christmas tree that you can see glowing from afar! Lighting the tree together has been one of the most popular traditions in New York for several decades. You can even ice skate in front of it, with the tree right in view. With its twinkling star on top, it makes the people in front of it shine – you can capture that on an Instagram post.

The Statue of Liberty is one of the most popular sightseeing places in New York. Of course, this also includes a great picture! It stands on Liberty Island in New York Harbor. It is a gift from the French people to the United States. You can get to the statue by boat – so it’s a great activity too!

In Dumbo you will find one of the most famous photo motifs in New York. At the corner of Washington Street and Water Street, a pillar of the Manhattan Bridge rises up between the red brick buildings. Through the lower arch of the bridge you can even see the Empire State Building. So at this spot, people like to take pictures.

The Vessel is a structure and visitor attraction built as part of the Hudson Yards Redevelopment Project in Manhattan. The ornate honeycomb-like structure was built to plans by British designer Thomas Heatherwick and spans 16 stories. This attraction is also popular for music videos in addition to the many pictures.

Grand Central Station is a train station in Manhattan. It is the largest train station in the world with 44 platforms and 67 tracks. It is so special because of its old and chic style. The tall windows, eye-catching ceiling, and monstrous construction are directly eye-catching in pictures. Besides all the pictures, numerous films have been shot there.

The Flatiron Building stands at the intersection of Fifth Avenue, Broadway and 23rd Street in the Flatiron District of Manhattan, which is named after it. With its special shape, it is one of New York’s landmarks.

As you can see, there’s not only a lot to discover on your New York trip, there’s a photo spot waiting for you on almost every corner. Your followers are sure to be curious about which corners of New York you’ll be hanging out in and are guaranteed to look forward to one or two tips from you on the spot!