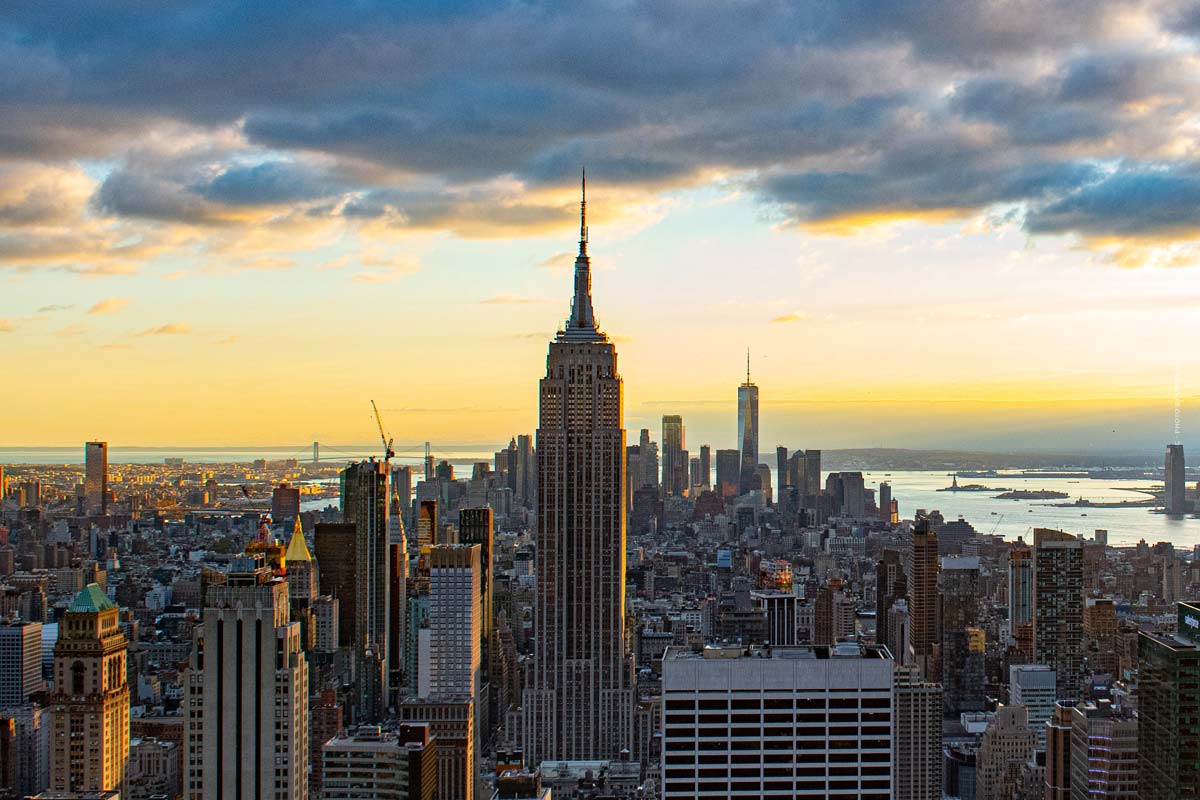 Becoming a model in New York – Living in Queens, working in Manhattan, drinking coffee in Brooklyn – could this be your life as a model in New York? Maybe you’ll choose an apartment in the Bronx or Staten Island, given the diversity of the city’s neighborhoods. New York is a dream for young models – no wonder, with so many modeling agencies and opportunities for advancement! Find out what there is to see and experience here:

The cosmopolitan city on the east coast of the United States, which has a total area of 783.8 km², is with about 19 million inhabitants a metropolis that attracts many people for a vacation or a longer stay! The city is one of the most important economic and commercial centers in the world. Many corporations, brands and organizations have their headquarters there. It is one of the most expensive cities around and has five boroughs: The Bronx, Brooklyn, Manhattan, Queens and Staten Island.

Must-See – The districts of New York with their attractions

There is so much to experience in New York – you can stay there for a longer period of time. In the five different boroughs of The Bronx, Brooklyn, Manhattan, Queens and Staten Island, there are many sights that will make your stay unforgettable!

The Bronx has been the northernmost borough of the U.S. metropolis of New York City since January 10, 1874. It coincides with Bronx County, the fourth most populated county in New York State.

The Bronx Zoo is New York’s largest zoo, covering over 300 hectares, and offers a nature-filled getaway from all the hustle and bustle of the city.

The fountain, made of white marble from Lasa and dedicated to the memory of the German poet and writer Heinrich Heine, was actually intended to be installed in Heine’s home town of Düsseldorf.

Brooklyn is located in the western part of Long Island. Brooklyn neighborhoods include the affluent Dumbo (between Manhattan and the Brooklyn Bridge), Williamsburg, known for its indie music and art scene and nightclubs, and the beachfront Coney Island neighborhood with its amusement parks.

The Brooklyn Bridge spans the East River and connects the boroughs of Manhattan and Brooklyn. The bridge is one of the hottest sights in New York and therefore a must-see!

The park runs along the East River – where you can grab some food at the on-site cafes and relax on the grass overlooking the Brooklyn Bridge.

One of the most popular photo spots awaits you in Dumbo: At the corner of Washington Street and Water Street, the imposing arch of the Manhattan Bridge juts out between the house fronts and magically attracts photographers, especially at blue hour.

The Brooklyn Botanic Garden is especially popular during church blossom season. Many people come to the botanical garden in Brooklyn to see this romantic natural spectacle.

Manhattan is the most densely populated borough of New York City. It consists mainly of Manhattan Island, surrounded by the Hudson River, East River and Harlem River. The borough is considered the heart of the so-called Big Apple and is one of the most important business, financial and cultural centers in the world.

The Statue of Liberty, a gift from the French people to the Americans, stands on Liberty Island in New York Harbor. It is a symbol of freedom in the United States. With one foot, the statue stands on broken chains, which is supposed to symbolize the end of slavery.

Central Park is located in the center of Manhattan. It is visited by up to 500,000 people on a good day! With its walking paths, ball fields, zoo, carousel, boat rentals and lake, it is probably the hottest park in New York. At 349.15 hectares, it occupies about 6% of Manhattan’s land area, making it by far the city’s largest park.

Fifth Avenue is a street in New York that is one of the most famous streets in the world. There you will find the most expensive designer shops: Cartier, Tiffany, Versace, Louis Vuitton and many more! There is every reason to be amazed.

Times Square in New York City is located at the intersection of Broadway and Seventh Avenue and is the center of the Manhattan theater district known as Broadway. At night, you can admire the many advertising lights even better – a real must-see!

The Rockefeller Center extends over three blocks in the square between Fifth Avenue and Avenue of the Americas (Sixth Avenue), West 47th Street and West 52nd Street. Around Christmas, the huge Christmas tree stands in front of it, which is celebrated in a big way every year. The building is one of the tallest in New York with 259 meters and a total of 70 floors. The popular “Top of The Rock” is located on the Rockefeller Center. There you have a breathtaking view over the city. Many pictures are taken in front of the telescope, through which you can take a closer look at the city.

The Flatiron Building stands at the intersection of Fifth Avenue, Broadway and 23rd Street in the Flatiron District of Manhattan, which is named after it. With its special shape, it is one of New York’s landmarks.

Grand Central Station is a train station in Manhattan. It is the largest train station in the world with 44 platforms and 67 tracks. It is so special because of its old and chic style. The tall windows, eye-catching ceiling, and monstrous construction are directly eye-catching in pictures. Besides all the pictures, numerous films have been shot there.

The Vessel is a structure and visitor attraction built as part of the Hudson Yards Redevelopment Project in Manhattan. The ornate honeycomb-like structure was built to plans by British designer Thomas Heatherwick and spans 16 stories. This attraction is also popular for music videos in addition to the many pictures.

Queens is a New York borough located on Long Island and separated from Manhattan by the East River.

With 3.6 km², the largest Flushing Meadows Park in Queens was created on the occasion of the 1939/40 World’s Fair. It is known for one of the world’s largest tennis tournaments, the US Open, which are held annually in the park.

The Queens Museum in New York City fulfills, in part, the functions of a local history museum for this major city. Its name derives from its location in the New York borough of Queens. The building was previously used as an exhibition hall at two World’s Fairs in NYC.

The 34-acre site on Staten Island is a place to escape the hustle and bustle of New York and spend a few quiet hours. There are a variety of gardens there: from a labyrinth to Asian-style gardens or butterfly gardens.

The Verrazzano-Narrows Bridge is a two-story suspension bridge that connects the New York City boroughs of Staten Island and Brooklyn across The Narrows.

From hip neighborhoods with trendy cafes in Brooklyn to quiet parks away from the hustle and bustle of the city in Queens or surrounded by skyscrapers in the middle of Manhattan, New York has a lot to offer its residents and each neighborhood brings its own unique flair. The choice is yours as to which part of New York you would like to move to.