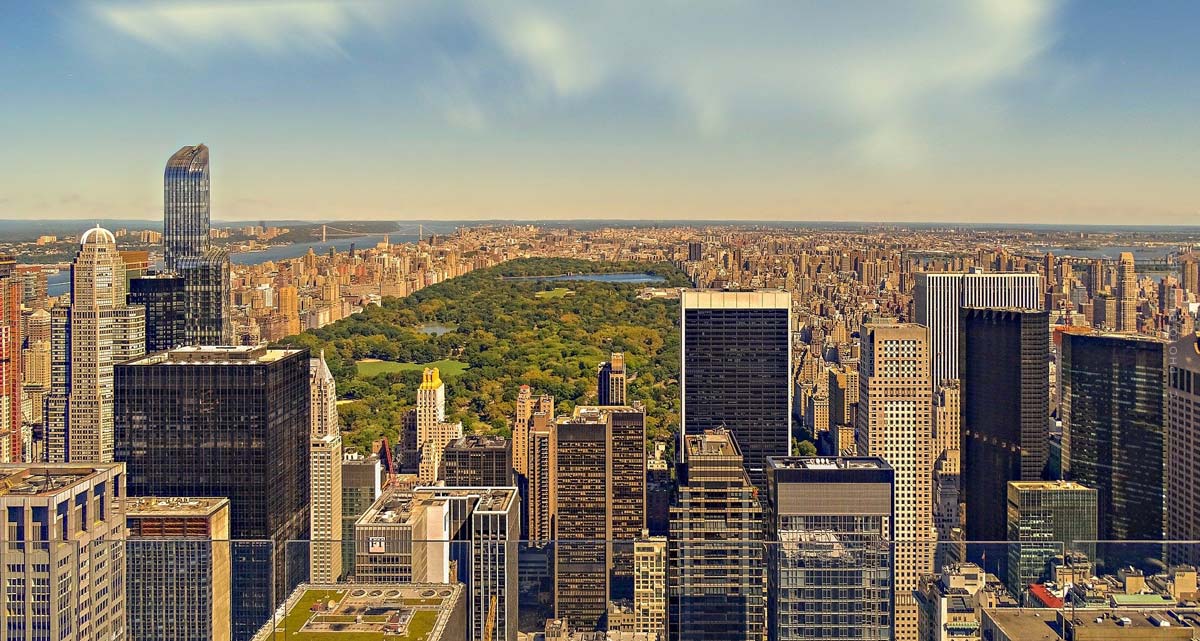 Become a model in New York – After long castings and auditions you should definitely take a break in one of the many parks in Manhattan. And take a break in Brooklyn Bridge Park. Stroll along the green banks of the Hudson River or take a long walk through Central Park. The city that never sleeps is known for many things, including parks where you can get away from it all and relax.

New York: The 10 most famous parks

New York is known for its skyscrapers and the hustle and bustle – but not only that you will find in the Big Apple! For us as a model agency it is of course also important that you can relax in the beautiful parks for a change and walk a little more quietly. Here you can learn more about the parks in the big city:

Central Park in downtown Manhattan is known everywhere: With its walking paths, ball fields, zoo, carousel, boat rentals and lake, it is arguably New York’s hottest park. At 349.15 acres, it takes up about 6% of Manhattan’s land area, making it by far the city’s largest park. So you’ll have plenty of space to relax, go for your daily jog, or find a cozy spot for a picnic with friends.

Central Park at a glance:

Bryant Park is located in the New York City borough of Manhattan between 5th and 6th Avenues and West 40th and West 42nd Streets in Midtown Manhattan directly behind the NY Public Library’s Central Library. At its northern corner, the fourth tallest skyscraper Bank of America Tower adjoins the park. With its cafes and other takeaways, it is very popular in the big city.

Brooklyn Bridge Park is a completely new public green space in New York City and one of the most ambitious park projects in Brooklyn since Prospect Park. It is located directly on the water and offers a stunning view of the Manhattan skyline.

Brooklyn Bridge Park at a glance:

Washington Square Park is one of the best known of the more than 1700 public parks in New York City. It is located between Greenwich Village and East Village at New York University. Through the beautiful Washington Square Arch you have a good view through 5th Avenue to the Empire State Building.

Washington Square Park at a glance:

Battery Park is a ten-acre park on the southern tip of Manhattan and one of the oldest parks in New York City. The harbor located there serves as the starting point for ferries to Ellis Island, the Statue of Liberty, Staten Island and, in the summer, Governors Island.

The High Line is a 2.33-kilometer-long freight train track 7.5 meters above the ground, no longer used as such, in the west of Manhattan, which was converted into a park, the High Line Park, from 2006 to 2019. Here you can take a break between fashion castings and jobs.

High Line Park at a glance:

Prospect Park: the heart of Brooklyn

Prospect Park in the New York City borough of Brooklyn is a park located between Park Slope, Prospect-Lefferts Gardens, Ditmas Park, Windsor Terrace and Flatbush Avenue, Grand Army Plaza and the Brooklyn Botanical Garden. The park is also known as the counterpart of Central Park and is the heart of Brooklyn. After a long day of modeling, it’s certainly a good place to recharge your batteries.

Prospect Park at a glance:

Riverside Park: right on the water

Riverside Park is a 108-hectare public park on the east bank of the Hudson River in the New York City borough of Manhattan – so you have a great view of the river. It consists of a narrow strip of land that stretches over a length of 6km along the shore.

City Hall Park is a public park around New York City Hall in Manhattan’s Civic Center. It is not far from the Brooklyn Bridge and St. Paul’s Chapel – so it is very centrally located.

City Hall Park at a glance:

Also on the Hudson River is Rockefeller Park in Lower Manhattan. Here you can stroll along the waterfront and enjoy the breeze on a warm day.

Rockefeller Park at a glance:

It’s hard to believe, but in the city that never sleeps, you can find the one or other park oasis to relax in the midst of the countless skyscrapers. A long walk along the Hudson River or after studying in the library on a park bench in the middle of Manhattan. New York City’s green spaces invite you to walk, relax and picnic.