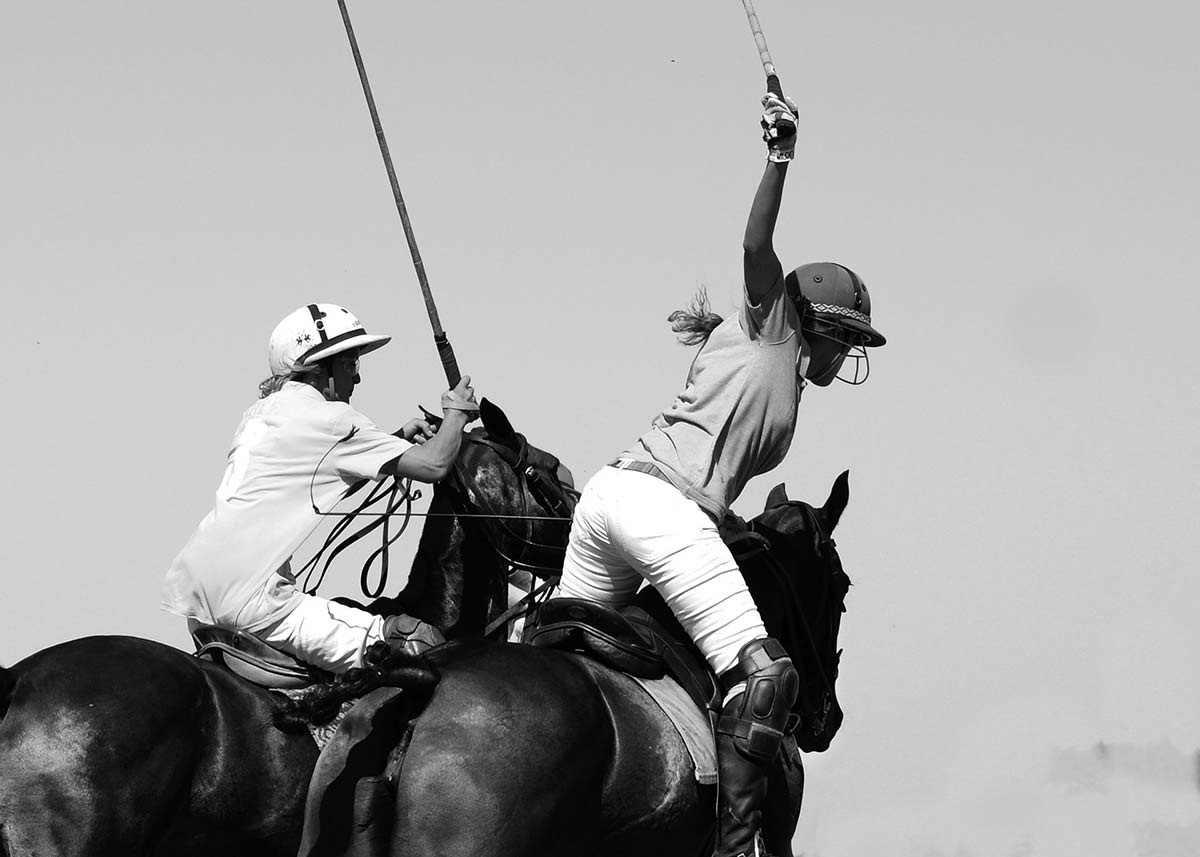 Ralph Lauren – More than just a simple designer He has created what is known as the “American Dream”. As the son of immigrant refugees from Belarus who have simple professions, he has built an empire and a fortune of almost 6 billion US dollars. He became famous for his polo shirt collection and since then the brand has made a big splash in every area. Meanwhile the label sells clothes for men, women, children and babies. There are also home articles, accessories and perfumes.

Ralph Lifshitz was the son of Belarusian immigrants from Pinsk. His father was a simple painter who emigrated with his family to the USA. Despite his roots, Ralph grew up influenced by American culture. His parents only spoke Russian, Polish or Yiddish if they wanted to hide something from the children.

At the age of 12 he sold his first ties at his school and invested the money in expensive suits. At the age of 16, he and his brothers changed their surnames, not to hide their Jewish origins, but because of teasing, as the name resembles the two English words “life” and “shit”. Lauren never studied anything in the field of fashion, he was exmatriculated from economics because of his poor grades. Thereupon he met his wife, who was a receptionist at the eye doctor. They married and had three children in the following years. >His path to great success – from salesman to billionaire

His way to great success – From being a salesman to billionaire

Before that he had served in the army for two years and then worked as a salesman for the fashion house Brook Brothers. The earnings there enabled him to take out a loan for his first tie collection under the Polo label. The sale brought him enough money to buy the rights for the brand. This led him to independence and to his great success. He created entire collections and won the Coty Awards in 1970. Two years later he designed the complete costumes for the movie “Great Gatsby”. In the same year he also created a collection of polo shirts and the famous trademark of the riding polo player. This is still his most successful collection today.

In April 1987 he was diagnosed with a brain tumour, which was cured after a successful operation. This was the incentive for him to actively participate in the field of cancer research. He saved thousands of lives through his diagnostic centre for treatment and prevention of breast cancer. His campaign called Pink Pony opened a centre to make it financially possible for everyone to get treatment without falling into huge debts. Meanwhile, the Pink Pony Campaign can be found all over the world.

Ralph Lauren owns a huge collection of cars, including a Bugatti 57 SC Atlantic, which was built only four times and one of which is even considered lost. His fortune is also estimated at 5.8 billion US dollars, which is why his expensive hobby and the extravagance in his life are already considered normal.

This also explains the lightness of the very costly celebration of his brand’s 40th anniversary. Without further ado, the entire Central Park in New York was rented and celebrated with designer colleagues like Donna Karan, Carolina Herrera and Vera Wang, as well as Robert De Niro and Sarah Jessica Parker at a noble dinner.

In addition, Ralph Lauren even starred in an episode of the popular Hollywood sitcom “Friends”. Even though his intercom was limited to 4 words, he convinced with his classic fashion suit. How else, as one of the most successful designers of the 20/21st century!

Polo shirts, shirts or pullovers – the actual success of the Ralph Lauren brand is due to them. There are different variations, sometimes with the big or small polo player on the horse. Only 33 years after the invention of the polo shirts by Rene Lacoste, Ralph Lauren launched the first Polo Pique shirt. Today both companies compete in the polo market. Ralph Lauren’s American style, which produces longer and more shirts, is currently trendy. Of course he offers the shirts and shirts in different cuts. You can choose between the following:

In the same way, Ralph Lauren did not hold back on the variety of colours. There is hardly a colour that does not exist, the selection is as colourful as the rainbow itself. Varied designs make the tops real eye-catchers!

Ralph Lauren is a luxury brand like no other. Luxurious living room accessories, cute rompers or even complete outfits for the little ones. In the fragrance department, too, Ralph Lauren impresses with floral fragrances for women and marshmallow masculine fragrances for men. Discover the variety of the different articles!

Ralph Lauren Baby – luxury for the little ones

Hard to believe, there is a complete department for the very youngest among us! You are looking for the perfect gift for your sister’s baby show or a suitable birthday present for your little one. Ralph Lauren offers complete outfits, rompers, bodysuits, dresses and of course what you can’t miss, little polo shirts. The most different articles made of cotton, corduroy velvet, cashmere or linen show the high quality of the children’s clothing. At the moment you can find a lot in maritime style with small anchors and sailing boats, but the timeless classic look can always be found on their online site.

In the “Ralph Lauren Home” department you can really find everything your heart desires. You want to completely redecorate your apartment? Add a touch of aesthetics and elegance or keep it simple and classic. On the online website under the Home section you can distinguish between:

There is even the possibility to use the service. There you can contact extra interior designers who work for Ralph lauren to help you create your perfect home. Make your small and modest home special with the various luxury accessories. With elegant bed linen and decorative cushions the bedroom will look more comfortable. The bestsellers remain the knitted Ralph Lauren fabrics in the form of blankets or beach towels with the cute bear mascot.

Very distinctive fragrances with irresistible character. Ralph Lauren’s fragrance collection for women has a simple design. Romantically playful fragrances with a floral character. It is the perfect perfume for everyday use: unobtrusive, discreet and fresh. After spraying it on, you feel like lying on a fresh flower meadow – stimulating and invigorating. Most blends consist of apples, sparkling mandarins and gentle osmanthus. The floral top note comes from the mixture of boronia, freesia and magnolia. If you want a powdery light accent, there are varieties with musk and white iris. This ensures long-lasting freshness!

Before you go shopping or order Artiel online, you should find out about the brand. “Where are your products made?”, “What does Slim Fit mean?” or “What page is the Polo logo on?” save a lot of trouble to avoid buying the wrong thing. Here you will find all the answers to the most frequently asked questions:
Ralph Lifshitz, his real name, is a US-American fashion designer and founder of the fashion company named after him “Polo Ralph Lauren” (1967). He was born in The Bronx, New York City, in the United States at the end of the 1930s on October 14, 1939 and will celebrate his 81st birthday in 2020.

Ralph Lauren is a brand for everyone. Of course she has a stereotypical clientele in many eyes, but not everyone who wears a Ralph Lauren baseball cap and polo shirt is automatically one of them.

Where is Ralph Lauren produced?

We do not have all the relevant information on this, but it is known that some Ralph Lauren clothing is produced in India1) and also in Indonesia, South Korea, Thailand, Mexico and Hong Kong.

When was Ralph Lauren founded?

The company Polo by Ralph Lauren was founded in New York in 1967.

How do I recognize Original Ralph Lauren?

When embroidering, it is important that the horse harness, as well as the leg and arm of the polo player are clearly visible. The polo mallet must be embroidered straight as shown in the photo. Dirty embroidered logos can only be found in plagiarism.

Is polo a brand?

Polo Fashion was originally a brand of the Brooks Brothers company and was intended for a fashion line for polo players. Lauren bought the rights to the brand from Brooks Brothers in 1967.

What does Custom Slim Fit mean?

Super Slim, Slim and Tailor Fit are designed for people with narrow hips, so the shirt will not look good on gentlemen with pear-shaped bodies.