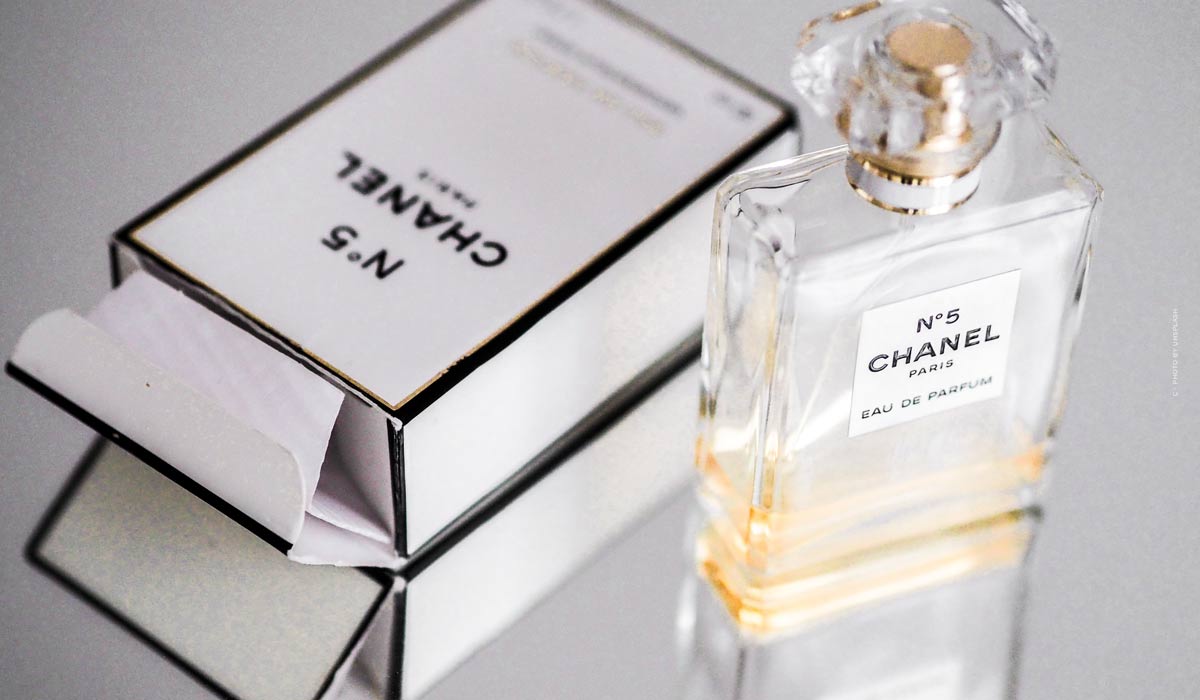 Chanel – a brand with a moving story that revolutionized the world of fashion and mannequins. Today, it’s hard to imagine the fashion giant without it. So there are now not only clothes, sparkling accessories and makeup from the luxury brand, but also perfumes. Especially Chanel No. 5 belongs in the bathroom cabinet of every fashion icon, or those who want to become one. Which commercials and image films there are from the luxury label and what’ crass storylines the creative minds always come up with, you can see here.

While the luxury brand enjoys international success today largely thanks to ageless couturier Karl Lagerfeld, it looks back on more of a humble birth. Before today’s top models like Cara Delivigne and Kendall Jenner walked the runways of the world in the latest collections of the label, the founder Gabrielle ‘Coco’ Chanel had to struggle with a lack of enthusiasm at the beginning of her career. While women’s fashion in the 1910s consisted of stiff pencil skirts and uncomfortable corsets, Coco Chanel, who came from a poor background, proposed an emancipated and functionally oriented fashion collection for women. Thus, her first collection did not consist of pretty but far too tight bodice dresses and skirts, but of airy blouses, wide-cut trousers and the now popular ‘little black dress’.

The brand Chanel is especially known for the always new staged masterpieces. Many old traditional cuts are combined with new modern colors and materials, such as the world-famous Chanel jacket. But also from the beginning, Coco Chanel designed sparkling pieces of jewelry and so adorned the fingers, wrists and necks of the upscale Parisian ladies of yesteryear. In her designs she paid attention to the play with light, so that the pieces appear different from every angle and created an exciting play of light and shadow.

Inspired by travel, the Cruise 2019/20 collection presents a silhouette on the move that is both strong and bursting with subtle delicacy. Comfort, functionality and simplicity form the basis of CHANEL’s appeal, embodied by Caroline de Maigret, Soo Joo Park, Amanda Sanchez, Ola Rudnicka and Tami Williams. As one of the leads is the new creative director of the Chanel house named Virginie Viard. In her role, she plays a hectic director who misses the train due to her lateness. On her way to the platform, hoping to catch the train after all, she is constantly jostled. In contrast, there are other women who are much more relaxed and who get their train. A film where the viewer has to make up his own mind about the situation and where there is no right or wrong.

Over The Moon: A stylish journey by elevator

A jewellery collection with the shapes and colours of the moon. When strangers get on the elevator and get off together as friends, with the common destination, the moon. A dreamlike journey between the earth and the moon, strangers and friends. An interesting and exciting story that pulls the viewer along and later sends them into a relaxed mood. However, the focus is not on the story or the clothes, but in the spot the new jewellery collection is presented. Light and discreet shapes and colors are shown to match the outfits and the backdrop.

The new bag collection for spring is here. With light eye-catching colors they round off every outfit. Whether for shopping, shopping or traveling. The bags are available in different sizes and colors and can be perfectly combined with the other parts of the current collection.

With her numerous perfumes Chanel also celebrates success and that worldwide. The subtle but long-lasting unique fragrances have one thing in common: they all contain as a base note aromas of the famous Chanel Camelia flower. Built up with other delicate fragrance notes, each perfume is an art in itself. Years of research, the best quality of flowers and fruits, as well as a craftsmanship of traditional perfume makers. All this is combined here. These are Chanel’s perfumes.

The portrait of a woman with a unique and carefree style. The new film COCO MADEMOISELLE reveals Keira Knightley, full of mystery and fascination. With the color scheme in the backdrop in achromatic colors, the focus is immediately drawn to the characters. With exciting camera movements, the promotional video becomes more exciting and individual. As a high-contrast film cut, the same thing is shot again in a different location in the second part. With the difference that here on emotional strong colors is placed, and that the camera movements in slow motion and are very detailed.

An impeccable example that Chanel is not only what for fine occasions of the upper class, but also for everyday use. Whether at a party, to go out or for coffee with an old friend in a nearby cafe.

The classic: Chanel N°5 with a sensual Audrey Tautou

Follow the romantic paths of Audrey Tautou on a night train to Istanbul. With Audrey Tautou and Travis Davenport directed by Jean-Pierre Jeunet, feel the passion and get excited about the dreamlike journey.

Chanel’s most theatrical commercial full of emotion and drama

Artistic and emotional it is especially in this clip of the brand. For this, several hundred dancers have gathered and use props such as chairs and mirrors for their artistic interlude. Boring is different! Convince yourselves here.

Behind the scenes of the fashion empire

Chanel in particular is known for taking its viewers behind the scenes on YouTube. No matter if it’s the preparations for the Fashion Week, the hustle and bustle in the backstage area shortly before the show starts or the making of the latest collections. Likewise there are, by Karl Lagerfeld brought to life, image films or films the history of Coco or Chanel. With elaborate and emotional stylistic means, short videos are created in blockbuster quality.

A day on set with supermodel Gisele Bündchen

Model Gisele Bündchen was announced as the newest face of Chanel No.5 back in May – following in the beautiful footsteps of Nicole Kidman, Audrey Tatou and Catherine Deneuve, and of course Brad Pitt. She is already a familiar face for the fashion house due to her “natural beauty and modern femininity,” appearing in the ad for its best-selling makeup collection Les Beiges. The campaign is also a repeat performance for acclaimed director Baz Luhrmann, the man behind the incredible Chanel No. 5 film campaign starring Nicole Kidman in 2004, who was chosen to bring his “creativity and very personal aesthetic to the house and its iconic fragrance.” The new campaign, which was shot in the Hamptons and New York, is centered on a reimagined version of The One That I Want by musician Lo-Fang. You can see the entire ad in all its glory below – plus a behind-the-scenes video!

The story of a young orphan who reinvented herself and became Coco Chanel. In Chapter 5 of Inside CHANEL, discover the humble beginnings of Coco Chanel, from her birth in 1883 to meeting the love of her life Boy Capel. This new film reveals the woman behind the legend who transformed the female silhouette in a stroke of genius. Coco Chanel ended an era and ushered in a new century of fashion.