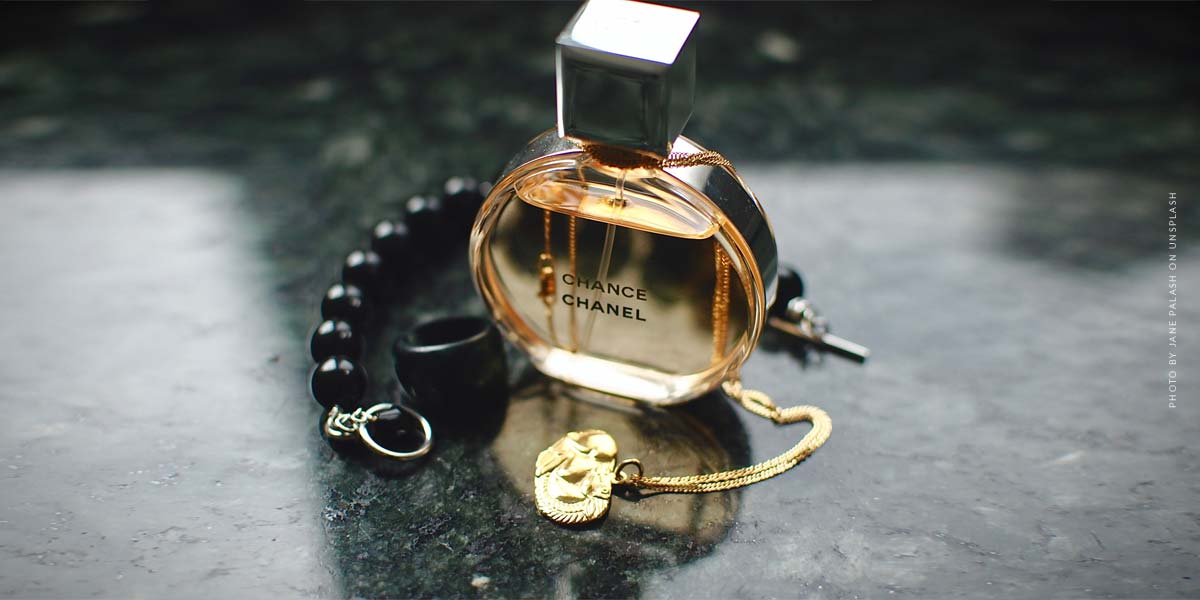 Everyone should know the name Coco Chanel! The fashion icon has created a revolutionary fashion for women and led them from tight cuts to wide skirts. Initial scepticism quickly turned into raging applause and unconditional enthusiasm. Here you will find their history and the history of today’s luxury label!

The Story: Women’s Fashion from Paris

Chanel was founded by fashion designer and entrepreneur Gabrielle Chanel, also known as “Coco”. The Frenchwoman, who came from poor backgrounds, is still regarded today as an “outstanding personality in fashion history”. She was born on 19 August 1883 in Saumur, Pays de la Loire, as the second illegitimate daughter.

In 1913 she opened the first Chanel boutique in Deauville, France. At first, everyone was sceptical about the flowing and wide women’s fashion she produced, but gradually found more and more favour with her creations. She mainly created haute couture and prêt-à-porter, but was inspired by everything and everyone to create her works. Starting in the 1910s, Chanel pioneered a style of women’s fashion in the upper price segment that was untypically functional and casual at the time, dressing modern, stylish women. At that time, wide blouses, airy tops, calf-length skirts and wide-cut trousers belonged to her assortment and helped the women away from air-robbing and tight corsets, bodice dresses and stiff skirts. What was particularly important to her, however, was that her fashion proved to be practical for everyday use and did not restrict her freedom of movement. Equally important was the simple and elegant design, which was pleasant to wear.

“The little black one” – made by Coco Chanel

Style icons of the French label are the “little black”, padded leather handbags with quilted seams and metal link chains, Chanel costumes with bordered, collarless tweed jacket and flared skirt. Skillfully combined, all parts look super classy and add a touch of France to any look. The company logo adorns many parts, the two intertwined “CCs”. Equally striking are the classic combinations of black and white for which the company is known. Straight unusual patterns, or check variations stand strongly for Chanel.

Chanel No.5 – the most sold perfume in the world

In 1922, the classic perfume “Chanel No.5” appeared, which is now considered the world’s best-selling fragrance. In 1955, the company ventured for the first time to approach a men’s fragrance and called it “Chanel pour Monsieur”. In 1955 the next success followed and the handbag classic “Chanel 2.55” was presented, which since then has become an indispensable part of the wardrobes of today’s stylish woman.

In 1982 Karl Lagerfeld took over the women’s collection of the luxury label. He is still said today to have been the one who transformed the company into an international billion-dollar group. One year later, on 5 February 1983, the first fashion show was held in Paris under his direction.

In the same year the German designer selected Inès de la Fressange as his muse, since then the beautiful Frenchwoman has also worked as a model for Chanel. However, in 1990 she was replaced by Claudia Schiffer, a model from Germany. From the 2000s onwards, more and more prominent faces were used in advertising for the label. Thus international beauties like Blake Lively, Keira Knightley, Nicole Kidman etc. modelled and it became more and more the privilege to work for the luxury company.

Today’s top models Cara Delevingne and Kendall Jenner also played a major role in the designer’s inspiration and Cara in particular inspired him a lot. In 2012 she was named “Face of the Year” by Chanel. Since then she has modelled for numerous large companies, such as Victoria´s Secret, Balmain, Dior, etc. and was even active as an actress and played for example in the film “Margos Spuren” one of the leading roles. All in all, Chanel’s work was a milestone for her and opened many doors for her.

Model and actress Penelope Cruz also took part in a Chanel show and commented on her Instagram Post with the words “What an honor it has been to walk the last show designed by Karl Lagerfeld”.

Since his death on February 19, 2019, his long-time associate Virginie Viard has headed the Lable. The French costume and fashion designer worked in about 30 years at the side of the deceased German designer, in the privately run company. Today Chanel produces not only chic Parisian fashion, but also high-priced watches, jewellery, glasses, accessories, perfume and cosmetics. In 2017 the total turnover of the luxury giant was estimated at approx. 9.62 billion US dollars. The company is located in Neuilly-sur-Seine and remains true to its origins and stands worldwide for absolute class and timeless elegance.

Coco Chanel didn’t say anything else back then:

For a long time now Chanel has not only stood for the handbag classics like the “Chanel 2.55”, but also produced other models made of high-quality leather or noble tweed. Also jeans and other sporty fabrics find a unique use here. The models are available with both silver and gold hardwear and adorn the woman of today in every respect. No matter whether it’s a jeans look suitable for everyday use or an evening event, Chanel bags clearly stand for elegance and devotion.

Belts and shoes can also be found in the assortment of the luxury label! The eye-catching buckles make themselves super good both at hip and waist level worn and spice up any outfit. Also super cute are models with pearls and small stones, which give the whole an even more feminine touch, yet remain classic and stylish!

The same is true for the shoe models! The absolute favorites however are and remain the Espadrilles of Chanel. The light summer shoe looks super casual and gives every outfit a certain touch. But the sandal models also conjure up a beautiful, narrow foot.

Especially in the last few years, the cosmetics line of the label with its high-quality make-up and care products has developed into the absolute highlight in the industry. In addition to classics such as the “Chanel Rouge Coco Lipsticks” in intense colours, the numerous fragrances that the label has brought to market over the years should not be missing. From a wide range of products, there is something for everyone!

Of course Chanel also produces care products and fragrances for men and attaches great importance to quality and classic design. Men’s perfumes have been produced since 1955, the first being “Chanel pour Monsieur”.

The “Intense” fragrance campaign published in 2018 focuses on actress Keira Knightley. She is a guest at a party and wakes up the next morning, trying to remember the beautiful evening before and the places of her clothes. With a unique elegance she leaves the apartment and her companion of the last night with a swing. She symbolizes an expressive and self-confident young woman who enjoys life and feels comfortable in her skin as soon as she puts on “Intense”.

The international actor Brad Pitt also appeared in front of the camera for the luxury company and advertised the perfume classic “Chanel No.5”. It is not a journey, it is a coincidence, he describes the scent. The presence alone radiates awe and one gets a feeling of what the effect is like when applying “Chanel No.5”, intense and passionate!

The blogger “Chouquette” alias Claire Chanelle shows you in this YouTube video her collection of Chanel bags, which now includes 22 models! If you are thinking about saving on a luxury brand bag, but don’t know exactly which one to buy, the British woman has a number of models on offer. Just have a look at the Chanel lover’s website and tell her so much, it’s not the only video that deals with luxury objects, especially bags, it’s worth it!

Also blogger colleague Lydia Elise Millen, owns a copy of the classic “Double Flap” and informs in her YouTube video about her purchase and gives general information about the bag. Click here to learn more!

Video: Come Shopping With Me!

American Shea Whitney takes you on a shopping spree in Las Vegas’s luxury stores and lets you take part in her shopping! She doesn’t only have a video about her luxury articles, so if you’re interested, just drop by her!

Watch the last shows of the seasons here. From “Haute Couture”, over “Cruise”, up to “Ready-to-Wear” everything is there! Click here now and be inspired by the beautiful collections!