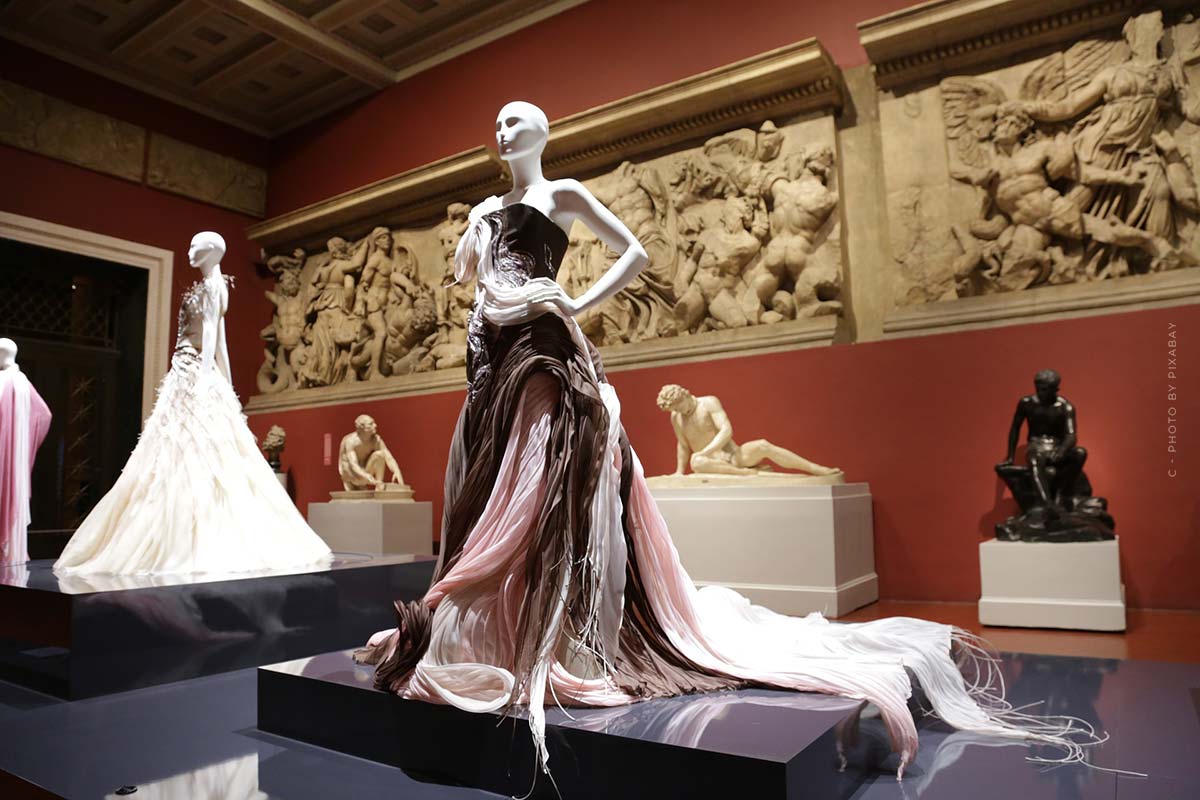 Refined finesse, avant-garde elegance and bold femininity – hardly any other brand manages to unite all of these as much as the fashion empire Givenchy. Givenchy’s advertising clips are just as exciting as the runway shows and emotional, like the reports on the comet-like rise of the fashion designer. We have summarized our highlights for you here.

Givenchy: Fashion that sets the trends of tomorrow

Founded by Hubert de Givenchy, the luxury brand Givenchy has been revolutionizing the fashion industry since the 1950s. Audrey Hepburn’s “little black dress”, Madonna’s stage outfits and Kim Kardashian’s wedding dress – they all made statements and the fashion brand’s list of successes is long. Even after the death of founder and fashion designer Hubert de Givenchy, the brand continues to enjoy great popularity. In addition to clothing and accessories, the brand has also placed great emphasis on Givenchys’ unique fragrance collections since 1988.

Modern men’s collection with a touch of retro

This short film by Alice Kong, shot at Villa Palmieri in Florence, Italy, shows the activities the boys spend the summer of their lives wearing the new “Nouveau Glitch” collection. This collection, designed by Clare Waight Keller, with its bright colors perfectly matches the environment of the video and the extraordinary models.

For the annual haute couture collection, Givenchys’ designers chose the colours blue and red for the 2019 collection. This was also reflected in the advertising clip. Almost unreal, the models marched through a surrealistic cloud landscape. You can see the masterpiece directed by Neil Krog here.

Emancipated prêt-à-porter in front of a seductive backdrop

Even fashion can be heavenly. This was proven by Givenchys’ Creative Director with the autumn collection 2019 under the name “Winter of Eden”. The paradise of Adam and Eve is thus given a feminist twist that is also evident in the advertising clip. Watch the clip here.

The promotional video for the popular perfume Eau de Toilette is quasi a short film about a young man at a boring party. At this party he meets a woman and then disappears dancing with her in the mysterious alleys of the city. This masculine and self-confident fragrance, created by fragrance designer Paul Leger, has been a hit since its release in 1974.

Hubert de Givenchy’s extravagant fashion has also been famous among the stars and starlets of Hollywood for decades. It’s no wonder then that even the most beautiful and successful people in the entertainment industry can regularly be seen in his commercials. Take a look at our highlights here.

Ariana Grande is the new face of the Givenchy campaign

The singer and actress Ariana Grande is “the new face of Givenchy” she says in an interview how much she admires the brand and how proud she is to be part of it. In this short video, Ariana Grande is filmed from behind by British fashion photographer Craig McDean and thus presented to the world as the new face of the Givenchy brand.

A very unusual video filmed in a film studio, with an elderly lady showing her acting skills to the camera. She also teaches a young man how to act in front of the camera. What the last words of the video “Give me Givenchy” mean, you can find out here in the clip.

Aaron Taylor-Johnson is a young British actor who starred in films such as “Avengers: Age of Ultron”, “Kick-Ass”, “Savages” and “Godzilla”. In his younger years he also promotes the new perfume “Gentleman Givenchy”. This perfume stands for his masculine elegance and was developed by the company’s founder Hubert de Givenchy.

The promotional video by the famous photographer David Sims. About the perfume L’interdit, was shot in the Paris metro and has over 14 million views and is therefore (by far) the most clicked promotional video of Givenchy. Re-interpreted by Dominique Ropion, Anne Flipo and Fanny Bal almost 50 years later, L’Interdit is the first perfume Givenchy launched and a product of the legendary friendship between Hubert de Givenchy and Audrey Hepburn.

Behind the scenes of the French fashion empire

Hardly a day on the set is like any other, especially when you have icons of modernity like Ariana Grande as an advertising face. Here you can see what a day looks like in front of and behind the cameras. Also: who was Hubert de Givenchy and how did it come to success? These questions are also answered here.

A “behind the scenes” video of Ariana Grande, seeing how much she enjoys being part of the Givenchy video shoot and how proud she is to be “the new face” of the brand, as she once mentioned in an interview.

Reminder of the dazzling success story of Hubert de Givenchy

With the trend of the “little black man”, the French fashion designer not only revolutionized the fashion industry, but also the pop culture of the 21st century. You can find out more about Givenchy’s meteoric rise here in the video.