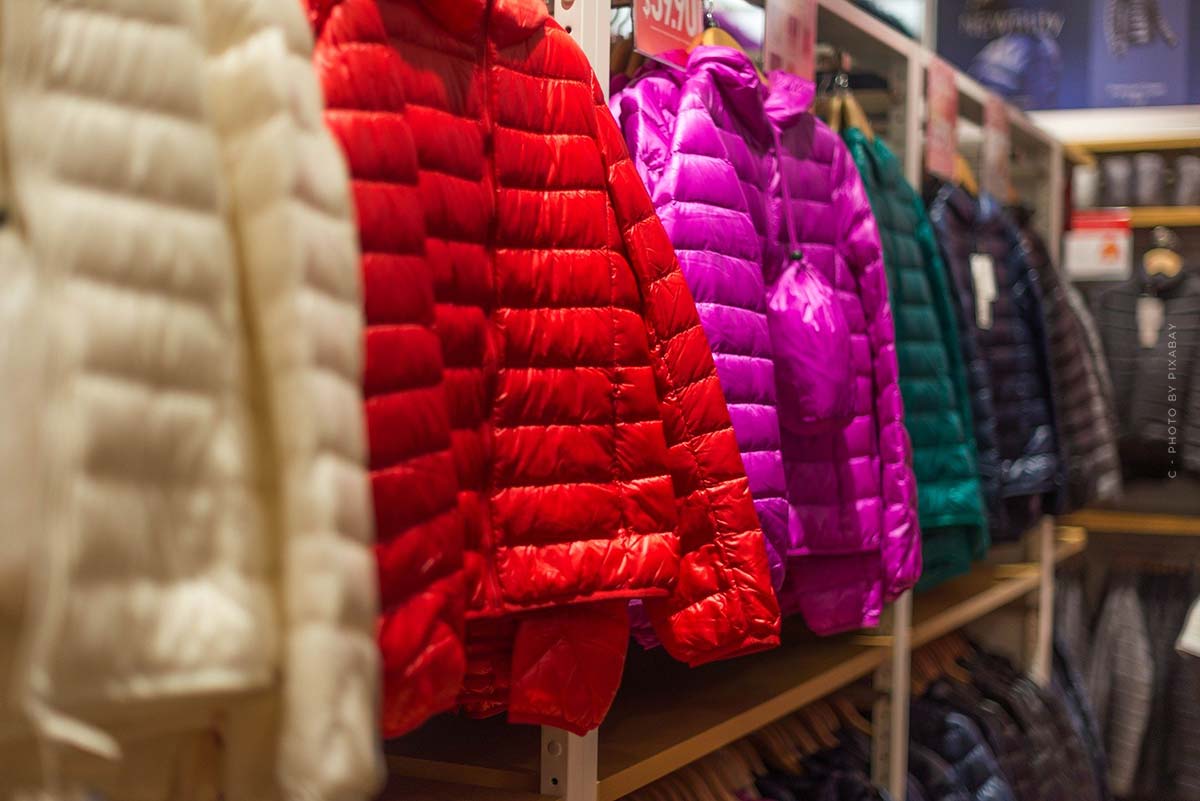 Top videos from Moncler – Sporty winter clothes. Exciting must haves and fluffy down jackets. If you want to be fashionable and trendy in the winter, you can’t avoid the luxury brand. In the meantime, even Hollywood stars like Will Smith advertise for the fashion empire. Take a look at the most blatant advertising clips from Monclers here.

Overview hide
Moncler – comfort and luxury fashionably combined
Noble fashion for sporty performance in a class of its own
Moncler for the whole family
Most prominent advertising faces of the luxury brand
Much diligence and hard work: behind the scenes Monclers

The brand was founded in 1952 by René Ramillion in Grenoble, France. Initially, he produced equipment for mountain expeditions. The success was not long in coming: The young people of the Italian upper class discovered the voluminous down jackets for themselves. This quickly became a must-have and so Moncler developed into one of the biggest Italian luxury brands in the last decades.

Noble fashion for sporty performance in a class of its own

Moncler stands for the perfect symbiosis of sport and fashion. The riskier, the better. This applies not only to the original and extravagant fashion, but also to the advertising clips. It is never boring in the videos of Monlcer.

Innovative accessories in front of a breathtaking backdrop

An exciting video with an outstanding scenery in the “Caramel Land”. The short clip was filmed with a mobile phone. How they experience an adventure like sand skiing and thus present the new Moncler collection 2017, you can see here in the video.

Since its founding in 1952, Moncler has carried sport in its DNA. Moncler is now opening a new chapter “Passion for Sport”. Here you can see that the clothes are not only comfortable and stylish, but also deliver performance.

Sporty down jackets for the icy cold

Moncler has always been known for its high performance sporting goods. The founder of Moncler, René Ramillon, had already developed padded sleeping bags, camping tents and anoraks in the beginning with his sporting goods dealer friend and ski instructor André Vincent. To this day, Moncler designs sportswear, which you can see in this spectacular video.

Moncler for the whole family

Even if Moncler has been focusing on sportswear for decades, the family can of course not be forgotten. So there are now not only innovative down jackets for children, but also for dogs. How that looks, you can see here.

Heron Preston and Moschino have led the way. Now Moncler has joined them. The brand has teamed up with the luxury brand for dogs “Poldo Dog Couture” and has now developed a collection for four-legged friends. So that dogs can face the harsh winter in comfortable warmth and perfect comfort.

Moncler is not only for adults, but for the whole family. With the Moncler Generation, even the little ones now walk stylishly and modernly through elementary school or kindergarten. This collection is presented here by the “cool chicken gang”, as they call themselves.

Most prominent advertising faces of the luxury brand

The who’s who of Hollywood can regularly be found in the brand’s clips alongside sugar-sweet dogs, cheeky kids and fit models. Some of the most famous faces include Hollywood legend and Prince of Bel Air Will Smith, as well as Millie Bobby Brown and several Asian singers and actors. Check out the highlights here.

Will Smith as the new face for Moncler

Will Smith is a famous actor, film producer and rapper. Now he is featured in a fashion campaign for the first time – in Moncler’s “Genius is born crazy” campaign. He is photographed by photographer Tim Walker in the original Genie pose – a role that plays in the Disney real film adaptation of “Aladdin”.

Moncler Beyond is an expression of pure human strength expressed by bringing different individuals together. This ad campaign features British actress and model Mille Bobby Brown, British film and theatre actor and film producer John Boyega and Chinese actress and model Crystal Zhang. With over 16 million views, it is one of the brand’s most clicked ad campaigns.

Much diligence and hard work: behind the scenes Monclers

The meteoric rise of the brand is mainly thanks to the current CEO Remo Ruffini. Get to know the charming businessman in an exclusive interview. Also: A day on the set of a Moncler campaign shoot. Here you can see which Hollywood film the concept was based on.

The man behind the success: Remo Ruffini

In 2019, the Financial Times invited the luxury brand’s CEO for an exclusive interview. What inspired Remo Ruffini to take over Moncler in 2003? What are his future plans for the brand? Find out more here in the interview.

Exclusive insight behind the scenes of a campaign

A behind the scenes video of the Spring-Summer advertising campaign, shot by the famous photographer Annie Leibovitz. A very creative shooting with a lot of little 3d print men, which climb the model of the campaign. The whole thing is inspired by the Hollywood blockbuster Gulliver’s Travels.