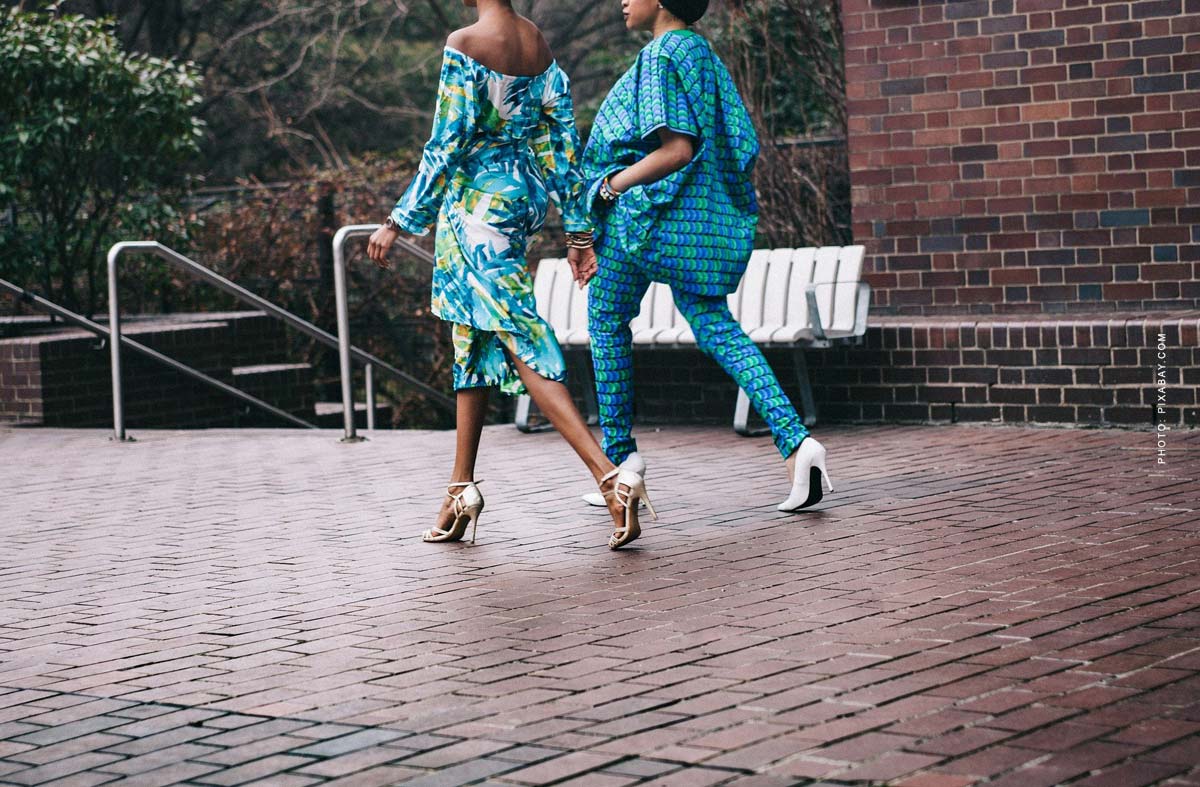 Kenzo – Everyone loves especially tops and perfume from Kenzo. Sweaters, sweatshirts or just the shirt for everyday life. In addition, the brand stands above all for his perfume creations. Flower and Amore are particularly popular at the moment. Whether in the sale or not, Kenzo is one of the top fashion brands in the world, next to top brands like Louis Vuitton, Dolce Gabbana and Prada. No wonder, because Kenzo was founded as a brand in Paris, the city of fragrances! To this day, it is the headquarters and also the venue for Kenzo fashion shows, which you can watch here in the Kenzo videos! Learn everything about the brand, for men and women and also for kids!

A brand most famous for its tiger head sweaters. It is also particularly known for the cultural representation in its designs, floral prints and ethnic looks. The label often produces colorful and gaudy garments, which is why designer Kenzo Takada is also known as the “magician of colors.” Find out more about Kenzo’s history and fashion here.

The Kenzo brand was founded in 1970 by Kenzo Takada. The fashion designer named his fashion brand “Jungle Jap”. This name caused a stir among the Asian-American civil rights organization in the US because it is considered derogatory towards Japanese people. Therefore, he renamed his brand to “Kenzo”. In 1993, the brand was sold to the luxury brand group LVMH.

The fashion designer was born in Japan in 1939. At the request of his more traditional parents, he initially studied literature, until he finally decided to abandon this course of study to pursue his desire to study fashion design. Therefore, he was one of the first males to start studying fashion design at a fashion school in Tokyo.

Kenzo Takada successfully completed his studies in fashion design and moved to Paris in 1964. There he worked for 5 years for other fashion companies and designers and created drawings for them to save the foundation and financing of his own fashion label. He then opened his own small boutique, which he designed with accents from nature and flowers. The masses responded positively to the Japanese-influenced designs.

In 1993, he sold Kenzo to the French group LVMH and retired from the fashion world and the public a few years later. The Japanese fashion designer passed away in October 2020 from Covid-19 at the age of 81.

The road to the luxury label: Video

The Japanese fashion designer is one of the icons of the fashion industry. He created fashion for men and women but also for children. Besides fashion, Takada is also legendary for his fragrances and home interiors. In this video you can learn more about his career.

In 2020, the new head designer Felipe Oliveira Baptista revised the Kenzo logo. He wanted to bring a breath of fresh air into the luxury brand with the new logo. The new logo is edgier, bulkier and also heavier due to the filled letters. This makes it stand out faster and is concise. It also appeared on Baptista’s new Kenzo collection. Besides the logo, the tiger head and the multicolored Kenzo eye are popular motifs as they are part of numerous designs.

Here is the old Kenzo logo:

The Parisian brand produces Japanese-inspired fashion. Over the years, the brand has remained true to its style. This ensured that the small Parisian fashion boutique became an established label that even presents its new collections at the Fashion Week in Paris every year.

Particularly well known in the fashion scene is the seasonal special collection: “Kenzo Tiger”. The tiger print is considered an absolute distinctive feature of the brand.

Kenzo specializes in luxury clothing in particular. The brand is particularly unique for its fusion of intense prints and eye-catching floral patterns. Basic tops such as sweatshirts, T-shirts with the famous tiger head are particularly sought after. The collections are available in the online store and in designer stores.

Baby and children’s clothing: for the offspring

Besides clothes for adults and teenagers, Kenzo also produces fashion for children and babies. For the offspring there are cute clothes like sweaters, overalls, bibs, jackets and diaper bags. The children’s fashion is available for boys and girls up to the age of 12. There is also a great selection in the children’s collections. With the diverse and high quality selection for summer and winter, kids can feel really comfortable in the outfits. The famous tiger is also making a name for itself in Kenzo’s children’s fashion.

To match the ultimate Kenzo outfit, the brand offers countless accessories to combine. From shoes, caps, bags, mobile phone cases and sunglasses, the luxury house offers stylish accessories. These are also available in the typical Kenzo prints and motifs.

Kenzo Sports: All the essentials

Of course, sportswear is also a must-have at Kenzo. The designer label offers sports essentials such as comfortable jogging pants, shorts, sports shoes and sports leggings. The brand has also thought of the important details, because for the breaks between your training sessions there are chic bottle bags to hang around your neck. In addition to sports fashion, Kenzo also offers cool fishing hats, caps and various sports bags such as backpacks, belt bags, shoulder bags and mobile phone holders.

Besides the clothes, especially Kenzo’s fragrances have been successful for years. In 1988 Kenzo Takada introduced fragrances for women to the world. Meanwhile, the French designer brand offers many different fragrances for men and women.

If you want to learn more about Kenzo’s fragrances, you can check out the book ‘Perfumes by Kenzo: travelling in the Land of Senses’. The book was written by the creative directors of perfume, Veronique Durruty and Patrick Guedj. Each fragrance carries an individual story about nature. We show you Kenzo bestselling fragrances.

FLOWER BY KENZO: the poppy flower

The international bestseller since the year 2000 still remains “FLOWER BY KENZO”. This is a perfume line with 7 fragrances for women. For the design of the product, the designer Serge Mansau was inspired by the city. The perfume bottle is made of glass and looks like three skyscrapers rising into the sky. The poppy flower in the glasses is called a “bouquet of flowers”.

Described the smell as oriental, fresh and floral. With the fragrance Kenzo invented the scent of the poppy. Actually, this is a plant that has no smell.

L’eau de Kenzo is a line of 4 fragrances for men and women. The eau de toilette is a vision of water which stands for purity and freshness. The fragrance line is available in different sizes.

In the campaigns you can always see new familiar faces. Kenzo puts a lot of emphasis on diversity when it comes to choosing them. We show you collaborations for collections with H&M and the South Korean muse of the Kenzo Flower line.

The colourful fashion is presented with exciting performances and music. The moving performance shows off the often overlapping and dynamic fabrics to their best advantage. The campaign features seven celebrities including Iman, Rosario Dawson, Chance The Rapper, Ryuichi Sakamoto, Chloe Sevigny, Suboi and Xiuhtezcatl Martinez.

Kim Taeri is a South Korean actress and the face of the FLOWER BY KENZO series. The actress is a rising star in the East Asian film market. With her positive aura, she is a fitting addition to the campaign and adds character to the fragrance.

Paris Fashion Week is one of the most important fashion week shows in the world. There, Kenzo presents their runway collections every year. Here you can see two of Kenzo’s many famous fashion shows. The Parisian brand appeals to every age group with its casual but also high-quality brand.

The designer brand presented its spring-summer collection in a rose garden. Half of the models cover their head with net. Due to the pandemic, safety and security has become a very important topic for many designers. The hats are a representation of that.

The designer brand presents the new collection for men and women with dance, gyrations and lots of movement. The many striking colors are typical for the brand. The garments have many different patterns, including scarf and floral prints.

Summary: From Japan to Paris

Kenzo Takada studied fashion design in Japan, after his parents previously forbade him this dream. After graduating, he moved to Paris and worked for other fashion companies for 5 years to save himself from financing his own model label. Takada opened his own small boutique and designed it with natural and floral embellishments. His first collection, which he made with fabrics from the flea market, pleased Parisians very much. His collections stood out in Paris because of the jungle and Japanese accents.

In 1992 he sold his fashion business to the luxury goods company LVMH and retired from the business 6 years later. Today, Felipe Oliveira Baptista is the brand’s head designer. The designer label distinguishes itself by producing wearable everyday fashion on a luxury basis. In addition to the many great clothing and accessories for young and old, the tiger print and the Kenzo eye are among the hallmarks of the brand. The designs and collections can still be seen today at the famous fashion weeks in Paris and fashion shows.

The brand is not only known for its great fashion, but also for the stunning fragrances like “Flowered by Kenzo”, which is one of the international bestsellers for over 10 years. Kenzo has collaborated with many successful brands and stars for collections and campaigns.

Kenzo – a brand most famous for its tiger head sweaters. It is also particularly known for the cultural representation in its designs, floral prints and ethnic looks. The label often produces colorful and gaudy garments, which is why designer Kenzo Takada is also known as the “magician of colors.” Learn more about Kenzo’s founding story and fashion here. Here you can see Kenzo’s colorful fashion collections for women and men, as well as an interview with Takada Kenzo.

Prada, still one of the old-established family businesses, in which real craftsmanship is performed. Particular emphasis is placed on the processing of high-quality materials and leather goods. A major part is still produced in Italy. Read more about today’s luxury empire here.

Bag, belt, shoes or beauty products such as perfume and lipstick, the name Yves Saint Laurent stands for many exclusive and luxurious. A designer whose works are attuned to all the desires of women and whose priority lies in the world of the modern, fashionable woman. Learn all about the grandiose designer, his legacy and the timeless IT-pieces in this article.

Are you excited about V and want to get to know more brands? Then check out our XXL Guide and get to know the top fashion brands in the world. 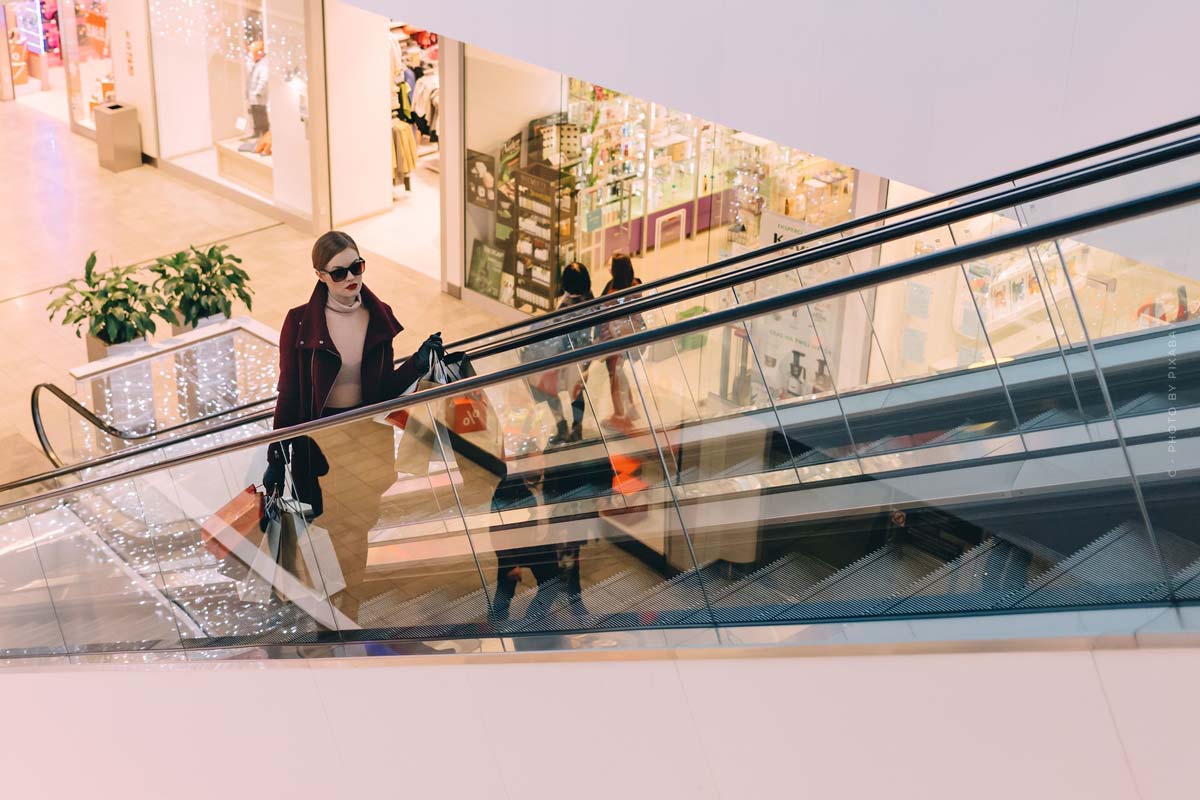