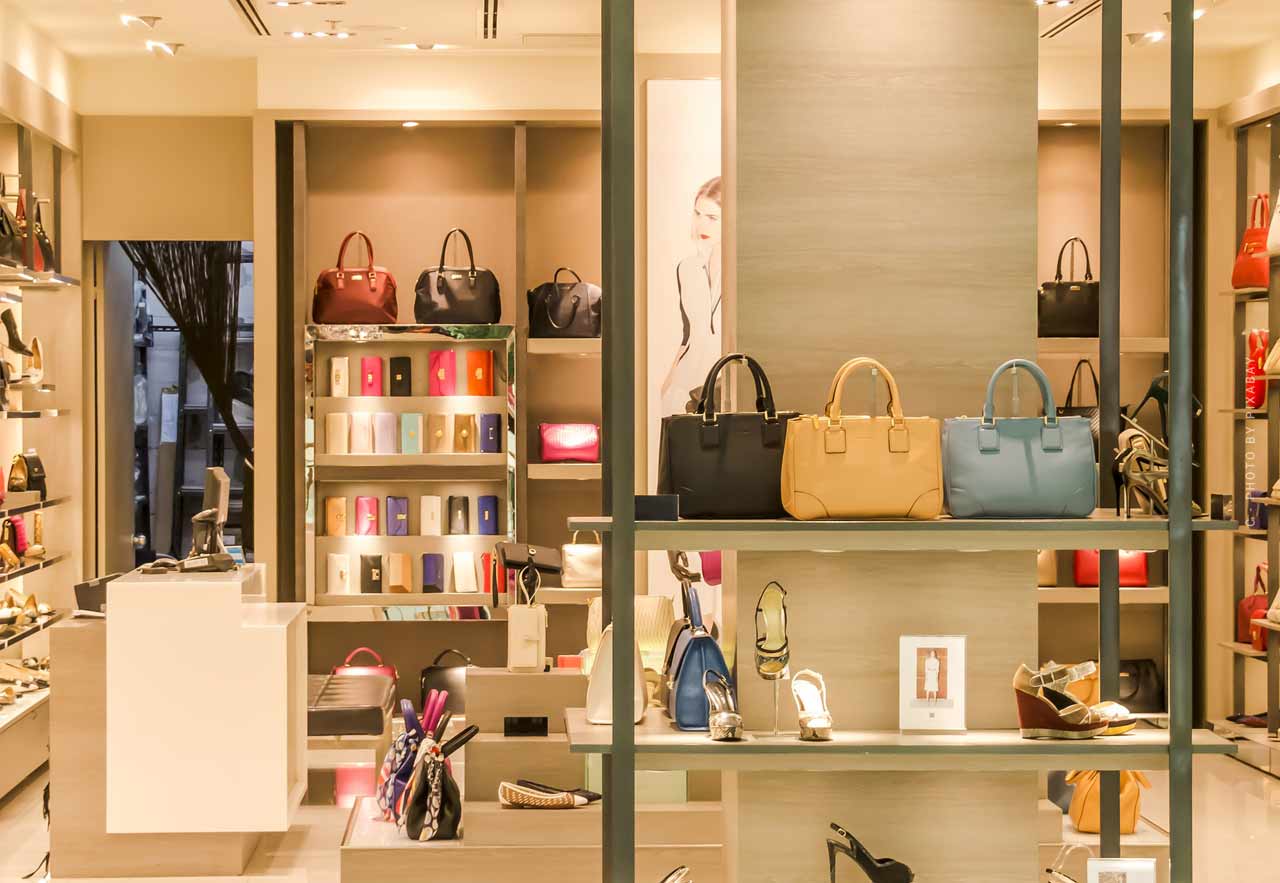 Burberry – A brand that is difficult to pass by. Whether you are a fashion fan or not, the brand has been around for over 150 years and is well established. Whether scarf or coat, the classics of the British brand are very popular and that for women and men. A long history has shaped the company and Burberry has been all the more successful in recent years. Its commitment to young artists is also evident, with the Burberry Foundation, which was established in 2008, supporting schools and other creative associations.

The birth of the label – history, founders & beginnings

When the fashion company was founded in 1856, the designer Thomas Burberry exclusively created coats and outdoor clothing for men. Thomas was a so-called gentleman’s outfitter who opened his first shop in London, England. The first shop opened in 1891 and has had a strong influence on the fashion industry ever since. Whether movie stars like Audrey Hepburn in the outstanding movie ‘Breakfast at Tiffany’s’ in the early 60’s, or celebrities like Kim Kardashian West and Victoria Beckham today.

Whether it’s the familiar check pattern or the cream trench coat, Burberry has created many recognizable features over the last 150 years and over many different generations of designers.
With the aim of saving people from British weather, Thomas Burberry created the Burberry label at the age of just 21. He opened his first store. His revolutionary idea of using a rainproof but breathing fabric enabled him to create weatherproof clothing stylishly accessible to everyone. He was one of the first fashion designers to use Garbadine fabric for his jackets and coats. Until then, the fabric was still very uncomfortable and difficult to wear. The first patent was registered in 1888 on Garbadine, which was just 3 years before the shop was founded. In 1912 the time had come and Thomas Burberry patented the Tielock-Coat, which is the predecessor of the famous trench coat and can be closed with a simple lacing belt.

Military clothing in World War I – the trench coat

During the First World War the famous Burberry Trench Coat was invented. Initially it was only used for military purposes, because you could carry smaller bombs or pipes in the big pockets and use the belt as a belt for weapons.
Thomas Burberry left a great legacy during his lifetime, with which he still inspires countless people today. The timeless designs have become true classics and today it is impossible to imagine life without them.

Since 2008, Burberry has been actively promoting young talent and successfully so. Whether singer, actor or painter, Burberry values people’s creativity and wants to support it in the best possible way.

Since its inception in 2008, the Burberry Foundation has been committed to supporting young artists. The central focus is actually everything that has to do with dance, film, theatre and art. The company’s motto is very clear: creativity should be fed, and fed as best it can. The foundation also cooperates with selected schools in England to promote the academic and personal development of the students and to ensure that they have a good start in their own lives and in their future career choices. The organisation has already donated over 2.8 million British pounds and there is no end in sight.

Support for marginalised groups is also encouraged, in the most creative way. With a stunning collection consisting exclusively of rainbow or rainbow-coloured garments. Dedicated to all gays, lesbians, bisexuals, transgenders and all others who are part of the LGBTQ community. The rainbow collection was presented at a gigantic fashion show in a sea of color and will probably be remembered for a long time.

If you think of Burberry, you probably have the image of a cultivated woman in the streets of London, in a trench coat. Or a chic, older lady visiting a cafe with her dog and wearing a scarf with the famous beige-black-red-white check pattern. Everybody can imagine something under the fire and this thanks to the statement clothes that have been established over the years.

Although the nude-coloured coat initially only had a practical and less a fashionable aspect, it quickly established itself as a real fashion statement. After the war, men, but also women, took great pleasure in the waterproof coats and began to wear them as a fashion statement. Famous actors liked to wear them on film sets to stay warm and dry between scenes and shoots. Today the coat is loved and honored by the hippest models, fashion bloggers and critics. A campaign with Kate Moss and Cara Delevigne, 2 of the biggest names on the market, made even the last ones realize how much style wearing a trench coat brings.

The coat is worn open or closed. It is usually in a light cream tone, but is also available in many other colour variations and looks beautiful and classic in every tone. It reaches up to the knees and is closed at the waist with a fabric belt and a metal buckle. 8 parallel buttons on the front serve as a fashionable accessory and the inside is decorated in the typical check pattern of the brand Burberry.

The breakthrough of the famous Burberry pattern, which is also patented as such, was achieved by the company in 1920 and for the first 40 years it was only sewn into the famous trenchcoats and coats. It was not until 1967 that the classic Burberry scarf was designed, and this by a funny coincidence. The manager of the Parisian Burberry shops held an exhibition in which he presented the coats upside down and showed the check pattern. People wanted more of the pattern and so one thing led to another. The beginning of a new era for the brand had begun and the production of cashmere scarves could begin.

Celebrating our most iconic house code, the #Burberry check, from classic to vintage. Reimagined across contemporary outerwear and accessories . #BurberryGeneration

Today the scarf is considered a noble status symbol. Whoever thinks of himself buys a Burberry scarf. The style is recognized every time and that is exactly why it is a real statement piece in the wardrobe.

The fashion shows of the brand are anything but outdated. From technical features such as lighting effects, to the entire scenery of the fashion show, to the collection. Who wouldn’t want to be part of it? According to the same motto, the hottest supermodels run for the famous designer and with a lot of pride. A highlight for every fashion week, definitely!

Burberry was the first brand to present its fashion shows on social media as a live stream to the outside world.

A huge hall, a magical atmosphere and mystical music. That’s about how you can imagine one of Burberry’s hottest shows. In this video you can see the complete fashion show live from London, which not only convinces with a breathtaking ambience, but also left a magical feeling with every spectator. The collection includes a wide variety of women’s and men’s clothing, from shoes and trousers to accessories. The colours are in the classic soft beige tones, with black as well as white accents and of course the classic Burberry pattern.

Timeless elegance – the fashion show was designed in this style and with success. The fashion speaks for itself and describes a strong, successful woman who likes to dress well. Beautiful classics such as the Burberry trench coat were combined with new details such as metals or leather. Pleasant colors, which in composition create a wonderful overall picture and are variable for everyone who is interested in different parts.

It’s no secret that Burberry hosts unique runway shows and is one of the top companies in modern times, here are the top 3 most frequently asked questions about the brand and its apparel.

Where does the Burberry brand come from?

The Burberry brand comes from England. The first shop was opened by the founder Thomas Burberry in London in 1891.

Where is Burberry made?

Burberry London is produced in Thailand and Turkey. The production sites have not been in England since the 1990s, as a large wave of fake items had made it onto the market that were produced in these countries. So Burberry bought up the factories and prevented further export of the fake goods.

When was Burberry founded?

1856 was the year in which the Burberry company was founded by the British textile merchant in England.

If this article has aroused in you the desire for a real classic, you will find all products from classics to current collections.