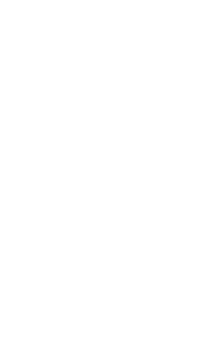 Saarbrücken – Our model agency represents first-class models for campaigns, online shops and TV commercials. With us, models have the perfect springboard into the fashion world and customers have the guarantee to always be able to fully trust in us and our models.

Quality, ambition – our model agency represents selected talents for guaranteed good results. Online shop, lookbook, shoots for Instagram or video productions for TV, cinema and streaming portals. We advise you as a young model and you in all cases.

Book a model in Saarbrücken

Shootings, products, accessories! Every little detail must be perfectly planned and fit during a photo shoot. Through a perfect organization on our part, you can be sure that you always achieve the result you want! It is absolutely crucial that all the model elements, the photo shooting location, your new product and many other details that will be shown in the finished picture, correspond to your ideas in any case.

As a model agency we show you how to get perfect photos. Our model agency can do all the planning and organization in advance, all before the actual model selection. We thus enable you to have an absolutely high-quality portfolio of services.

Many castings and jobs are here, especially in Stuttgart or Frankfurt am Main.

Become a model in Saarbrücken

Become a model – Who has exactly these basic requirements and has long played with the idea to work as a model can dare with an application to a Berlin model agency the first step in the model career. This requires a formal cover letter as well as pictures taken by a professional photographer. Those who have already worked as a model usually have a model portfolio, which should not be missing at any interview. Reputable agencies do not demand money from their models for inclusion in their files or for the creation of a sedcard. The expenses count as an investment, since the agencies also earn money from the later bookings of their models. Another basic requirement for working as a model is to show discipline. This applies to any kind of booking and the previously completed castings.

The right age & measurements for modeling

As a second criterion, age is also a decisive factor. Most newcomers start modeling when they are 15 years old, 16 years old up to 20 years old. Some models are also discovered earlier. Whereby it is then mostly occasional side jobs, which always requires the consent of parents until the age of majority. Furthermore, other characteristics play a major role in modeling. First and foremost, this includes a clean skin with invisible pores and well-groomed hair, which make a variety of different looks possible.

In order to conquer the international catwalks from Saarbrücken, there are some success factors that every aspiring model should have. One of the basic requirements is height. For years, a minimum height of 1.75 m has been considered one of the entry tickets for a professional modeling career (as a rule, exceptions always exist, but rarely). Because even if the exceptions such as Kate Moss always make the headlines, these models are still only the exception to the rule for a professional model agency.

Saarbrücken is the capital of the rather small Saarland. Nevertheless, today’s university city is worth a visit. The location on the Saar and the beautiful nature in the surrounding area offers several advantages. The relative proximity to major cities such as Stuttgart or Frankfurt am Main are also an advantage of Saarbrücken.

The nearest big cities for castings and jobs are Frankfurt am Main and Stuttgart.

Further references and customers of CM.