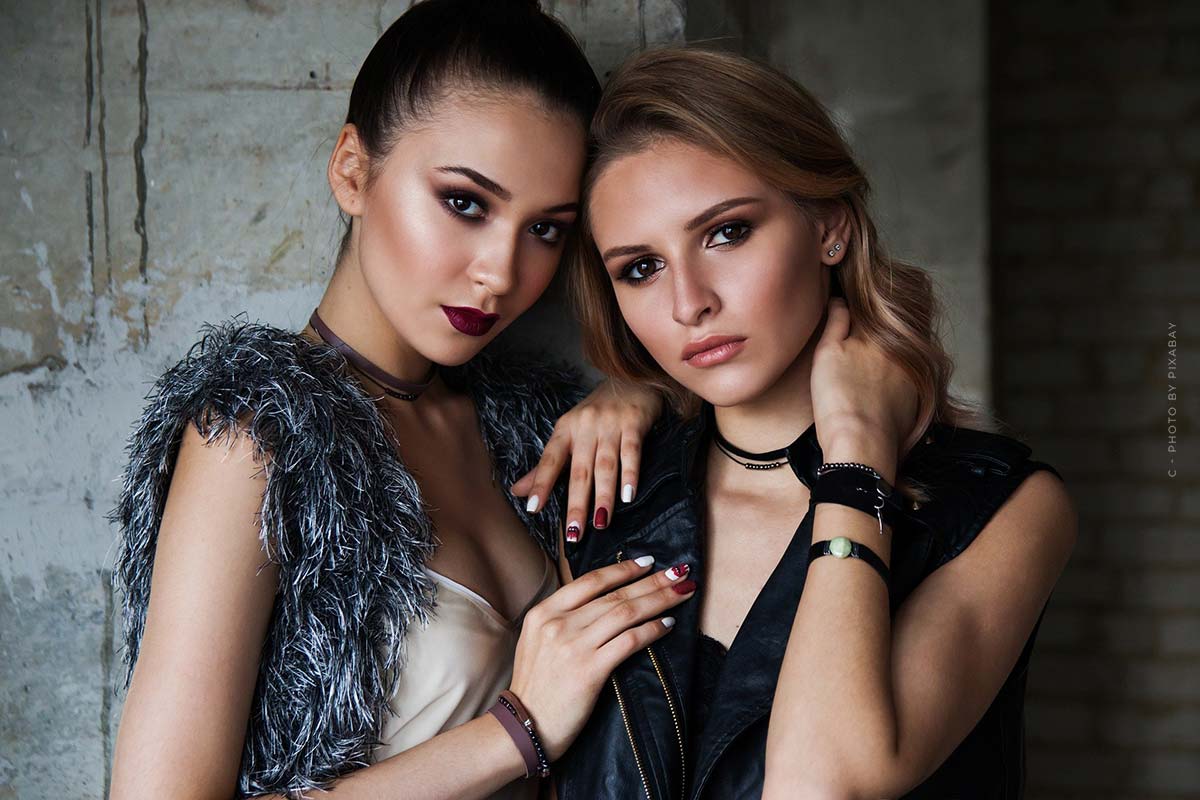 Award-winning collections. Emotional fashion shows. Unique collaborations and innovative menswear collections. The established fashion brand Dolce & Gabbana is a classic in the high fashion industry. The who’s who of Hollywood always makes themselves at home in the front rows of their fashion shows and hot influencers regularly get their pictures taken in creations from the house of Dolce & Gabbana. We have summarized the best advertising clips of the Italian fashion giants for you here.

Overview hide
1 Dolce & Gabbanna – Extravagant fashion empire with unique creations
2 Historic backdrops and dancing models – D&G’s most famous collections on video
2.1 Innovatively modern and traditionally sophisticated: a ready-to-wear collection in D&G style
2.2 Breezy Dresses and Casual College Jackets with Zendaya & Cameron Dallas
2.3 Mediterranean fashion with a touch of Spanish sensuality
2.4 Fashionable into the summer with Austin Mahone & Laura Murray
3 Thrills with a touch of romance – seductive perfumes for him and her
3.1 The K: Tart fragrance combination for the romantic man
3.2 Street of Dream: Scarlett Johansson and Matthew McConaughey as lovers
3.3 Light Blue Sun: an exciting summer fling as a fragrance
3.4 The Only One: Floral women’s fragrance starring Emilie Clarke
4 The creative minds of Dolce & Gabbanas
4.1 Behind the scenes of a commercial: A typical day on set
4.2 Domenico Dolce and Stefano Gabbana: Dazzling career of a designer duo

For decades, the two fashion icons Domenico Dolce and Stefano Gabbana have celebrated great success with their designs. Awarded with several prizes, from the “Woolmark Award” to the “Perfume Academy Award”, they have worked their way up into the fashion ranks of the who-is-who. Besides clothes, underwear and shoes, the fashion duo also creates their own cosmetics. So not only mascara and lipsticks from the house of D&Gs enjoy great popularity, but also their unique and always extravagant fragrance combinations.

For every launch of a new collection from Dolce & Gabbanas there is also a matching video. Whether it’s a famous supermodel or a hot influencer; nostalgic in black and white or lively in bright colours; tropical Sicily or busy Venice – the focus is always on conveying the current collections aesthetically.

The commercial for the 2020 summer collection was shot in two cities: Milan and Sicily. The designer duo found inspiration here in both the modernity and the tradition of the two metropolises. So the images in this video are sometimes black and white, sometimes colorful. Watch the masterpiece here.

For their 2017 summer collection, Domenico Dolce and Stefano Gabbana focused on the faces of tomorrow. Influencers and Hollywood stars like Luka Sabbat, Presley Gerber, Cameron Dallas and actress Zendaya were at the start. Glamorous yet casual was the designer duo’s motto.

Mediterranean fashion with a touch of Spanish sensuality

Inspired by the tradition of Sicily and the flamenco dancers of Spain, the designers decided in 2015 to create a collection that combines the best of both worlds. Supermodels such as Bianca Bali, Vittoria Ceretti and Bianca Padilla pose here as mannequins for the advertising shoot, promising a summer full of Mediterranean elegance & passion.

Fashionable into the summer with Austin Mahone & Laura Murray

Once again in 2018, the It girls and boys of Instagram were the faces of Dolce & Gabbana’s summer collection. In this video, Christian Combs, Austin Mahone, Laura Murray and Kitty Spencer, among others, pose in front of Saint Mark’s Basilica and the famous water canals of Venice.

Since 1992 Domenico Dolce and Stefano Gabbana are also active in the field of perfumery and regularly bring out fragrances for women and men. Whether masculine and tart, fruity and sweet or seductive and sensual – the designer duo has the right fragrance for every situation – and always a matching story.

The K: Tart fragrance combination for the romantic man

The campaign for the men’s fragrance The K was shot by Italian star photographer Mariano Vivanco. The portrait features model, entrepreneur and family man Mariano di Vaio – the embodiment of modern masculinity as Dolce & Gabbana see it. The film was shot in the romantic alleys of Montepuliano. Watch the clip here.

Street of Dream: Scarlett Johansson and Matthew McConaughey as lovers

Timeless elegance is embodied in this commercial by actress Scarlett Johansson, who wraps Hollywood beau Matthew McConaughey around her finger in the streets of New York. The film was directed by Martin Scorcese. The dramaturgy is partly reminiscent of the nobility of an old Hollywood film with two strong characters in the lead.

Light Blue Sun: an exciting summer fling as a fragrance

The clip for the fragrance Light Blue Sun was shot with the two supermodels Gennaro Lillio and Giulia Maenza on the island of Capris. With a main note of white rose and a base smelling of bourbon vanilla, Light Blue Sun is the perfect fragrance for a passionate summer romance.

The Only One: Floral women’s fragrance starring Emilie Clarke

An ode to the sophisticated woman of today is The Only One – a seductive fragrance from Dolce & Gabbanas. In this clip, actress Emily Clarke finds herself in a traditional trotteria in the heart of Italy. Above all, the youthful joie de vivre of the modern woman is the focus here.

The creative minds of Dolce & Gabbanas

Behind the synonym D&G is a lot of passion, hard work and perseverance. Who are Domenico Dolce and Stefano Gabbana? Plus, it’s a long way from the idea of their designs to the launch of their collections and commercials. So check out some exclusive behind-the-scenes looks here.

Behind the scenes of a commercial: A typical day on set

Romantic alleys, humming motorcycles and an outrageously good-looking male model. See what an exciting day on set with the Dolce & Gabbana team is like here in the video.

Who are the talented designers behind the brand? How did they establish themselves in the fashion industry and what makes the Dolce & Gabbana brand so special? This and more you will learn in this video.