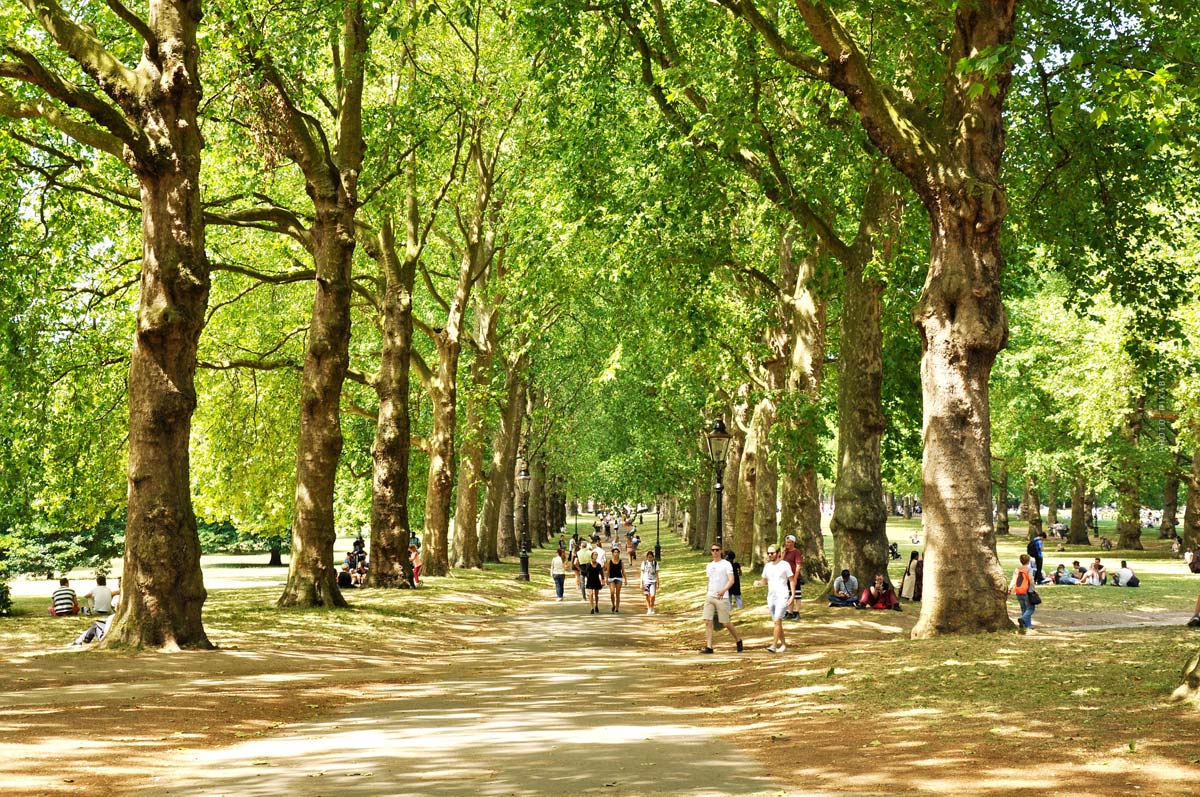 Becoming a Model in London – After a busy day of casting or photo shoots in London, you deserve a break. Why not explore the many beautiful parks London has to offer? From great views of the London skyline, to beautiful meadows, to large lakes and flower gardens, if you want to know which park you can really relax in, read on here.

London: The most beautiful and famous parks

If you need a break from the hustle and bustle of the metropolis and the modeling everyday life, London’s parks offer you a perfect break. We as a model agency have picked out the most beautiful parks of the British capital:

Of course, Hyde Park leads this line-up. It is the most famous and one of the largest parks in London, here you can walk on an area of 1.4 square kilometers through green spaces and beautifully landscaped paths. The park is divided by the charming Serpentine Lake, which is not only pretty to look at, but also invites you to swim in the summer.

Look around the Round Pond in Hyde Park:

The park is one of the royal parks in London, which also includes Hyde Park or Regent Park. The St. James Park is located in the immediate vicinity of Buckingham Palace and in it there is an elongated lake along which you can walk comfortably.

This is St. James Park:

Look at the park already here:

Just like St. James Park, Green Park is located right next to Buckingham Palace, which means that the two parks are right next to each other. Unlike its neighbor, there are unfortunately no lakes in Green Park, but large and beautiful meadows.

You can find the Green Park here:

On the south side of the Thames is Battersea Park, which was once an amusement park. Today the park has a small zoo, a pond where you can go boating, an orchestra pavilion and tennis courts, running tracks, football pitches and lawn bowling.

The park consists mainly of large lawns, which invite you to picnic and relax. There are also some recreational facilities, such as a lake with rowing boats and numerous water birds, sports facilities and children’s playgrounds. At the northern end of the park you will find the London Zoo.

The park is London’s most visited green space with approximately 9 million visitors per year. Victoria Park has two cafes, two playgrounds, as well as sports facilities and a skate park. The park is also used as a concert venue and hosts many festivals throughout the year.

This is where you’ll find Victoria Park:

In the park you will find numerous recreational facilities such as a children’s playground, a boating lake, a herb garden, a flower garden with duck pond, a rose garden, a cricket playground, several tennis courts, a bandstand and a small animal park. The highlight of the park, however, is the beautiful view over the Thames to the London skyline.

This is where Greenwhich Park is located:

The park is close to several attractions such as Kensington High Street, Notting Hill, Holland Park Avenue or Portobello Road, where the famous colourful houses of Notting Hill are located. In the park you can take a leisurely stroll after a long day and let your thoughts run free.

Whether you need a quick break in the middle of the city or want to take your time and explore the beautiful parks outside the city core, London has the best parks both in the centre and around the neighbourhoods for picnicking, jogging or relaxing on the bench.