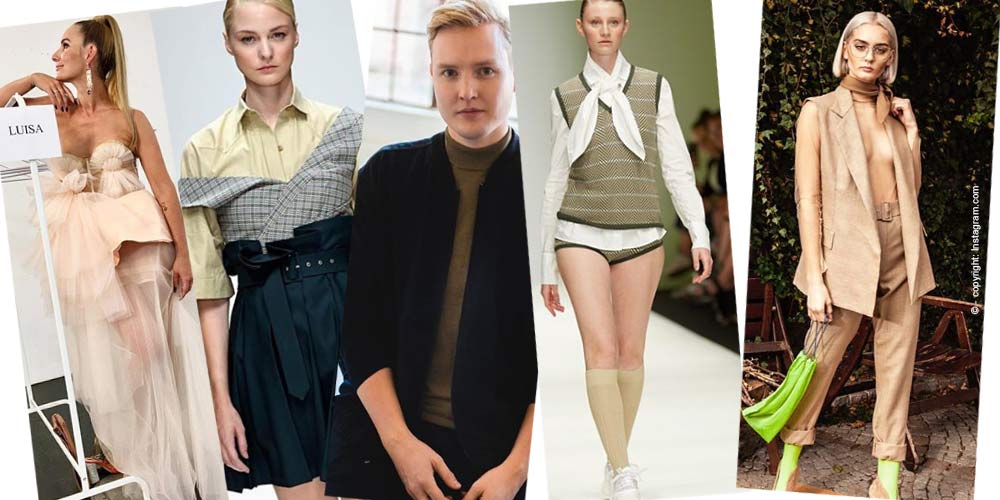 Danny Reinke comes from a line of fishermen. His father and great-grandfather were already fishermen, instead of continuing these traditions he broke the family traditions and that with success. Today known as an international star designer. At the MBFW we also went live to see his autumn/winter collection.

The first designer of the family

At the age of 6 he learned from his father how to use a sewing machine. This to continue the family traditions of the fisherman, but Denny Reinke had other plans. When he discovered fashion, his plans were clear – he wants to go high and create fashion. Instead of investing his time at a business school to study economics, he moved to Hannover to learn fashion design and ladies tailoring.

In his final collection, he was inspired by the family business of fishing. At first his father was very sceptical about his son’s plans, but a look at his work changed his mind. Together they finished a sweater on ropes. The tulle dresses of the collection were anything but the typical dress of a princess, but had a very modern look, which he still retains today. Elaborate pearl embroideries transformed basics such as nude longsleeves and black bomber jackets into spectacular eye-catchers, because the motifs were mythical mythical mythical creatures in darkly dazzling colours. A touch of grunge and gothic blew through the designs from “Tempting Beast” without portraying the wearers as marginal figures of society. This fashion is well-dosed extravagance and wearable without being ordinary.

The Autumn/Winter 2019/2019 collection is all about women, with tulle weaving techniques as the core element to remind us of his fishing family. The woman is shown as a “divine being”. Inspired by the #MeToo movement, this year he also convinces all fashion lovers of the Fashionweek 2019 in Berlin. Another characteristic of this year’s autumn/winter collection are blouses in silver brocade and pastel tulle. The blouses and trousers are embroidered with pearls and copper pencils in elaborate handicraft. We were thrilled to see this show live.