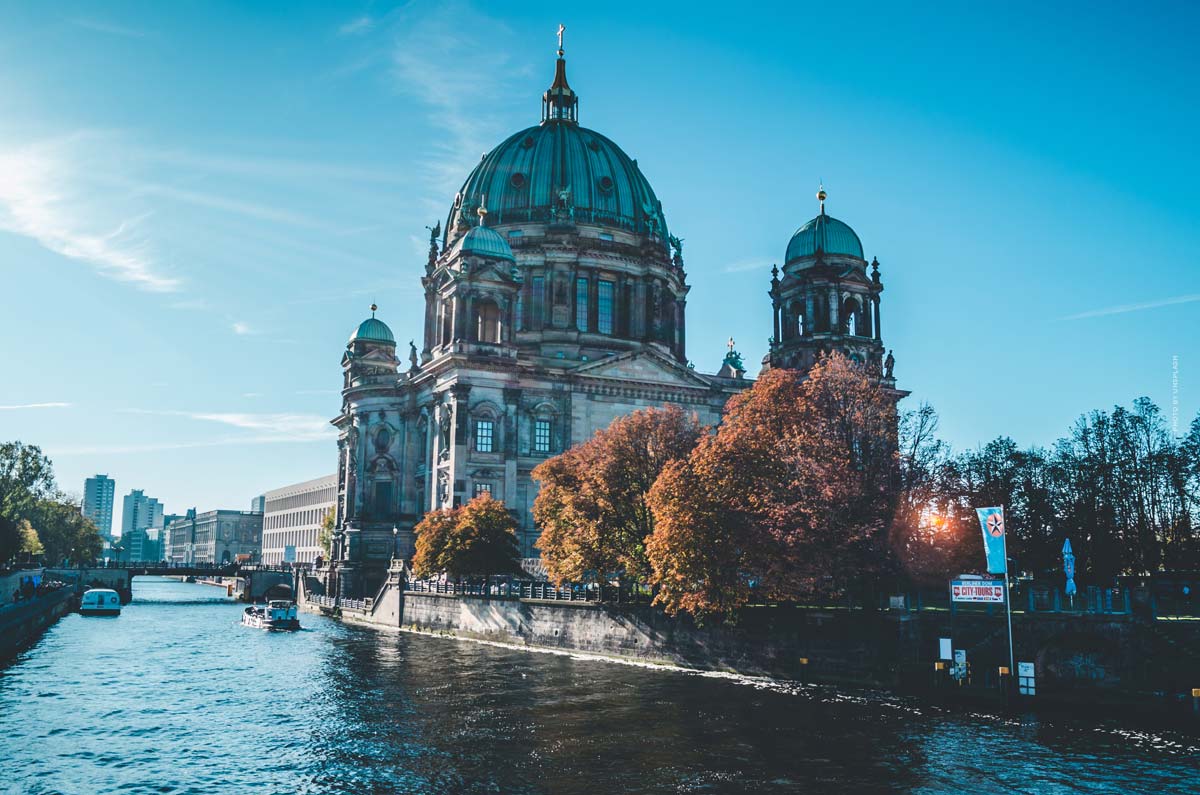 Berlin, the capital of Germany is a must on everyone’s travel list. Berlin’s famous sights, such as the Brandenburg Gate, the Victory Column or Checkpoint Charlie attract many tourists every year. The big city has a lot to offer: In addition to great parks, imposing buildings and historical monuments, there are numerous iconic cafes and well-known shopping centers. In the following article we present you the top 6 most popular sights of Berlin!

The famous Brandenburg Gate in Berlin is a triumphal gate representing the Roman goddess of victory Victoria. Today it reflects the German reunification and is located in Berlin’s Mitte district, on Pariser Platz. The gate was built on the orders of the then Prussian king between 1788 and 1791. Likewise, the Brandenburg Gate is considered a landmark of Berlin, as well as a national symbol. The original Peace Gate attracts hundreds of tourists around the year and is one of the most famous sights of Berlin.

The Victory Column with the famous Goldelse is one of the most important sights of Berlin next to the Brandenburg Gate. The monument is located on the Großer Stern in the Tiergarten and represents the victory of Prussia in the German-Danish War in 1864. If you are in Berlin you can admire the Victory Column not only from the outside, but also from the top. Stairs lead up inside the monument, where you will have a wonderful view over the Tiergarten.

The Berlin TV Tower is known as the fourth tallest TV tower in Europe with a height of 368 meters. As the tallest building in Germany, the TV Tower is considered one of the most popular sights in the capital. If you want to have a wonderful view over Berlin, you can visit the restaurant at the top of the tower, which has been there for many years.

Checkpoint Charlie was used as a checkpoint between East Berlin and West Berlin in 1961 and 1990. This was built to allow military personnel to continue crossing the border. The former border crossing is now one of Berlin’s most famous sights and attracts several thousand tourists every year.

The Reichstag building in Berlin is the seat of the German Bundestag. The building was built in 1894 by the architect Paul Wallot. However, you can enjoy the Reichstag building not only from the outside, but also from the inside. Guided tours of the parliament building take place all year round, where you can not only get a glimpse of all the important rooms, but also admire the famous Reichstag dome.

The Museum Island in Berlin consists of five major museums and is located in the historic center of Berlin. The museums contain unique collections of cultural and art history of Europe. There are also many cafes and restaurants, which are definitely worth a visit. In good weather and sunshine you have a wonderful view of the Spree, as well as the imposing historic buildings.