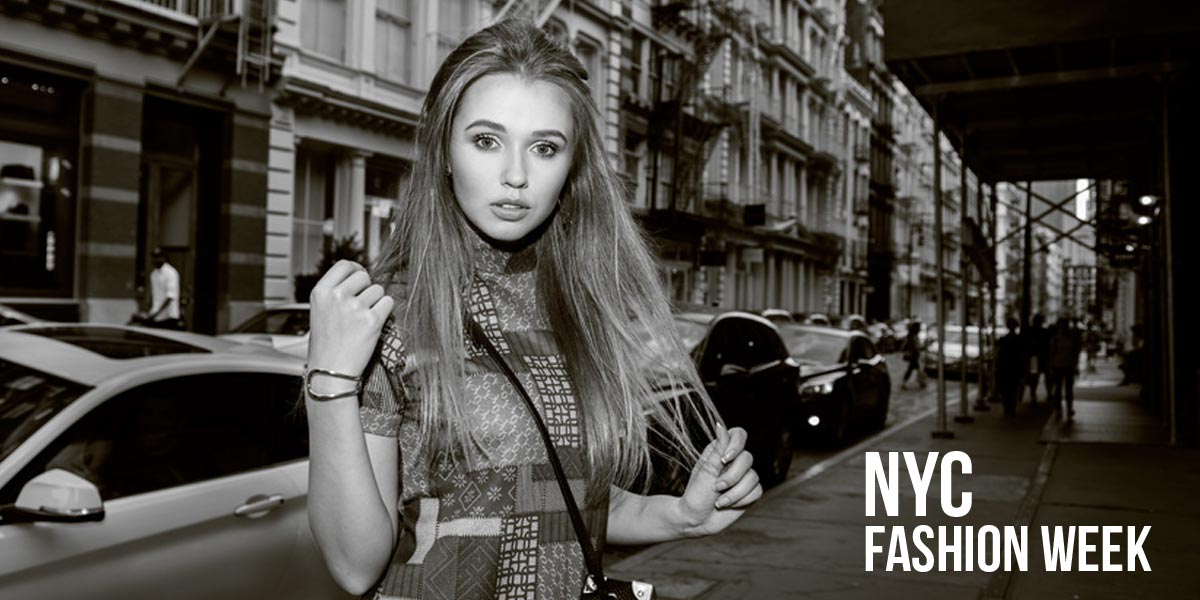 New York Fashion Week is one of the events in the world of Fashion. It is counted to the four most important Fashion weeks next to Paris; London and Milan (the Big Four). If you want to be up to date within the fashion world and to know the trends that will be in the next seasons, you need to look at the New York Fashion Week. Here you have a quick guide what to know about the NYFW.

Story and Place – The Origins of Fashion Week

NYFW is held four times a year. Two times for women’s fashion in February (Fall/Winter fashion of the following season) and September (Spring/Summer fashion also of the following season). The other two times is for the men’s fashion in January/February and July. The first New York Fashion Week was in 1943 and was called Press Week. The name New York Fashion Week only became official in 1994. It is placed in the city and it has two official locations- in Midtown Manhattan the Moynihan Station and the Clarkson Square in SoHo. Sometimes designers choose their own locations in random parts of the city New York.

A lot of designers present their fashion to the stars, producers, and celebrities of the fashion business. There are more than over 60 head shows of the important designers like Marc Jacobs, Michael Kors, Vera Wang, Tory Burch, Anna Sui or Alexander Wang. To add to that there are a few of smaller events in locations like galleries happening for the circa 10.000 visitors of the Fashion Week. Even a few, not American designers present their new collections at the NYFW like Hugo Boss, Desigual, Lacoste and Marcel Ostertag to name some. Now you ask yourself who is allowed to watch these Shows an how do they get invitations or tickets? The official Brands send invites to Stars, Fashion Icons or people like Bloggers. For important Press contacts and fashion magazines you either get an invite or need to get an accreditation. Some shows are broadcasted online and you can watch them live while they are happening, so everyone gets to see a part of the official New York Fashion Week.

The New York Fashion Week for the Spring/Summer season 18 was from September the 7th to 14th, 2017. From Alexander Wang that got all his models in a big party bus to the designer duo of Nicholas K. that launched their new collection online on Instagram. Many well-known models presented the clothes of designers. Amongst other models like Kendall Jenner, Gigi, and Bella Hadid or Kaia Gerber that had her debut at the New York Fashion Week this year’s Fashion Week has had a lot more diversity. From more ethnicity to a bigger range of body sizes and forms New York Fashion Week Spring/Summer 18 gave a good example in which direction the variety of models should go.

Alexander Wang had a Big Party Bus coming to the venue that he picked. The Show was on the street and models like Kaia Gerber and Kendall Jenner walked on the Street Runway out of the Party Bus. The Show gave a New York Party feeling with a collection that is made for Parties. Dresses and trousers in black or with sequins and all in all outfits that make you want to go and have a night out. Go and check out the video to the Show its vibe is awesome and the music makes the clothes and the models seem even more fierce.

Fenty X Puma’s Show was simply great! Fenty X Puma by Rihanna showed a collection in a venue that was pretty crazy. They presented the new Collection from Rihanna for Puma in front of giant pink Sand dunes while motocross bikers jumped and did stunts in the arena. The line showed a mix of sporty with a hint of the biker vibe. Vibrant colors and edgy style bathing pieces were the eye catchers of the show. Models like Adriana Lima and Adwoa Aboah showed the pieces that were officially described as a collection of beach chic with motorsport sexy which is an absolutely fitting description.

Models and Celebrities from Adwoa Aboah to Kaia Gerber

Fashion events need models and without Celebrities that watch the shows it couldn’t be half as glamorous as it is. This Spring/Summer season known Models like Gigi Hadid & Bella Hadid walked for Designer Anna Sui or Kendall Jenner for Alexander Wang. Kaia Gerber had her Fashion Week Runway Debut at the age of only 16! Cindy Crawfords Daughter opened the Alexander Wang show with an amazing and strong walk and had a great start into her career of modeling. More Diversity was seen at this NY Fashion Week and a part of that was Adwoa Aboah. The model is seen recently in a lot of commercials and on the runway. She was a part of shows like Fenty X Puma and Marc Jacobs. Celebrity Kim Kardashian came to support her little sister Kendall Jenner also like David Beckham and Brooklyn Beckham came backstage and to the Show of Wife and Mother Victoria Beckhams SS18 show.

Kaia Gerber had the honor of opening the Alexander Wang Show and made her mark with a stunning performance in the Fashion World. She impressedthe world of Fashion with her 16 years.

Adwoa Aboah walked for a few shows including Fenty X Puma by Rihanna and shared some Moments on Instagram and Snapchat of the experience.

If you want to see more about the designers, models and the entire New York Fashion Week event go head to the official Instagram of NYFW. They post all shows and beautiful pictures of it and always amazing shots of the collections.