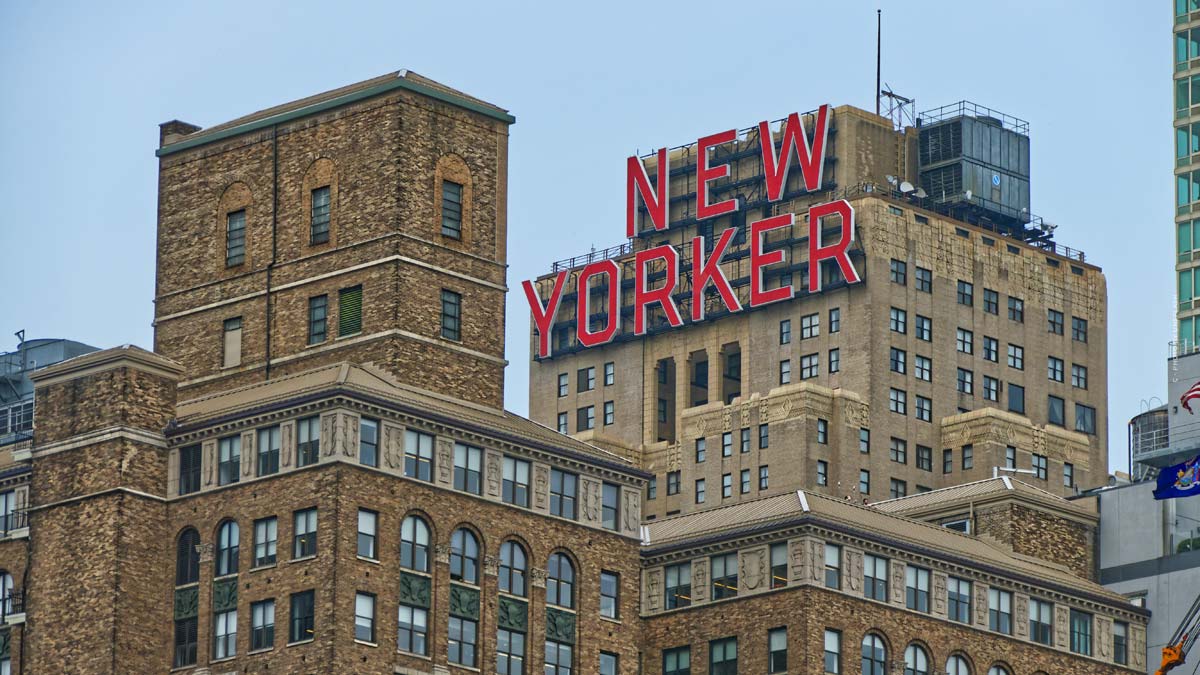 Modeling in New York – Minimalist decor, room service, gym or even concierge service to your room? New York is known as the city that never sleeps. But even as a model you need a place to rest and relax after castings, shopping days and parties. Whether you’re alone on a budget, with family, or maybe even pets in the metropolis, New York has hotels for every location and situation.

In New York it can be difficult to find the right accommodation. However, there are big differences in price: from affordable hostels to expensive and high-class hotels – there should be the right one for everyone. We as a model agency have listed our top 15 hotels and hostels in New York:

The citizenM Hotel in New York is very centrally located: It’s only an 8-minute walk to Times Square and an 11-minute walk to Central Park – so you have two of the city’s hottest spots in front of you in just a short time. The hotel is furnished in a modern style and equipped with Wi-Fi, air conditioning, restaurant and so on. When you want to kick back, you can do so in the lobby, furnished with seating areas, or retreat with a cup of coffee in the chic café.

citizenM at a glance:

This is where citizenM is located near Times Square:

Street View in front of citizenM:

The Arlo NoMad Hotel is decorated in a modern, yet quaint style. The rooms are classic and simple – in contrast, the libraries and bars are furnished with old carpets and leather hobs: a great mix and something for everyone! From the rooms on the upper floors you have a breathtaking view of the skyscrapers of the city.

This is where you’ll find the Arlo NoMAd:

This is you looking at the Arlo NoMad:

The YOTEL is a trendy accommodation with its minimalist interior style. Also in this hotel you are not far from Times Square – in less than a kilometer you are already there. YOBOT, the luggage storage robot in the accommodation, ensures that your luggage is kept safe. Self-service vending machines speed up check-in. In the cosy rooms, you’ll be provided with a private bathroom with a bathtub, a flat-screen TV, Wi-Fi, a desk, a private terrace and a sofa – you should be happy as a clam. You’ll also find a small kitchen with drinks, a fridge and a microwave on each floor.

Yotel at a glance:

Map: there is the Yotel

This stylish, quality hotel is 1 kilometre from Bryant Park and just a 7-minute walk from Grand Central Station, and has modern rooms with modern facilities. Even pets can be brought along, which are provided with their own bed and a water and food bowl – nothing stands in the way of a family holiday with dog!

Affinia Hotel at a glance:

The Park Central Hotel: next to Central Park and museums

The Park Central Hotel is located directly in front of Carnegie Hall and is – as the name suggests – only a short distance away from Central Park. It’s only a 7-minute walk to the Museum of Modern Art and just a block away is the nearest subway station. In this elegant and comfortably furnished hotel you are very central and do not have far to explore the city.

The Warwick New York is a historic and extremely elegant hotel in Midtown Manhattan and only a few hundred meters from Central Park. The hotel’s amenities should leave nothing to be desired: On site, you’ll be equipped with two restaurants, a concierge service, and a gym. In addition to these amenities, you’ll be surprised with some luxurious extras in suites. You’ll also be centrally located and not far from the nearest subway station and Times Square.

Warwick New York at a glance:

The elegant and modern Cambria Hotel is located in New York’s popular theatre district. It’s a 4-minute walk to Rockefeller Center, a 6-minute walk to Times Square, and a 1.6-kilometer walk to the Empire State Building – so you’re right at the feet of some of New York’s most popular spots.

The Cambria at a glance:

Pod 51 is a hip budget hotel with lots of greenery, located just 1.8 kilometers from Times Square. The colourful and modern rooms offer you a different style for a change from the classic, elegant and luxurious ones that are so popular in the Big Apple.

The Park Lane Hotel, which offers you a stunning view over Central Park in elegant style, is also very central. The rooms are equipped with a flat-screen TV, a pillow-top mattress and a panoramic window. If you want to really relax in the evening, you can take shelter in the wood-panelled cocktail bar and make yourself comfortable there with a delicious cocktail.

Park Lane Hotel at a glance:

Belvedere Hotel: sleep in the middle of the theatre district

The Belvedere Hotel is located in the heart of the theatre district and Times Square – what a great location! The friendly rooms offer a flat-screen TV, a kitchenette and Wi-Fi. The rooms with upscale amenities even have a coffee maker and sometimes a tablet. If you want to really work out, you can go in and out of the hotel’s fitness room around the clock.

Belvedere at a glance:

Most of the rooms at the inexpensive Radio City Hotel have their own kitchen with a fridge, a hob and an oven, so you can cook for yourself. If you don’t feel like cooking yourself, you can stop off at the hotel’s Italian restaurant.

Club Quarters Hotel is in an elegant building in Midtown Manhattan, just a 7-minute walk from Radio City Music Hall and Grand Central Station. The modern rooms are equipped with Wi-Fi, a flat-screen TV, docks for iPod, tea and coffee making facilities and an ergonomic chair. The hotel has an American restaurant where you can enjoy typical American cuisine.

Club Quarter at a glance:

The Radisson Hotel is located directly across from Radio Music City Hall. It’s just two blocks to the Museum of Modern Art and a 9-minute walk to the Theater District. The rooms are modern and simple in style, and are equipped with the necessities and a few extras, such as a dock for iPods or a coffee maker.

The Radisson at a glance:

HI New York City Hostel is one of the best hostels right in Manhattan. You’ll stay in a historic Victorian building on the Upper West Side. You’ll have Wi-Fi, a self-catering kitchen, a games and TV room, a garden with a terrace and a café bar – there should be no shortage of things to do for the youngsters among us.

The Local offers a great view of the skyline and is a popular place to stay. The hostel is very centrally located and offers all the necessary facilities with a private bathroom and Wi-Fi and minimalist shared rooms. There is also a chic industrial-style bar, a café, a shared kitchen, a rooftop terrace and a launderette.

The Local at a glance:

Whether you’re looking for minimalist elegance, modern luxury rooms or rustic, top-class hotels, you’re sure to find the right accommodation in New York City. Who hasn’t wanted to sleep in the urban jungle between mighty skyscrapers?