From the catwalk to the studio for a photo shoot and then quickly to the after show party of an event. This is how many of the everyday lives of a model are presented. But how does a day really go? We will give you an insight into what a photo shoot looks like behind the scenes – with make-up artist, photographer, model and film crew.

Overview hide
1 10 am – time to shop: fashion in the center of Cologne
1.1 Favorite look of Model Marie – Outfit by Zara
2 Shopping, Shooting, Styling – With fashion photographer Oliver Rudolph in the studio
2.1 13:30 – Arrival Studio: Makeup and set-up
2.2 16:30 – Look 2 is made up – glamorous and sophisticated
2.3 7:00 pm – Set conversion and strengthening – Sushi in the studio
2.4 Last shoot with star make-up artist Astrid Jerschitz

10 am – time to shop: fashion in the center of Cologne

Oliver Rudolph meets with model Marie Dahmen in the city to get some clothes for the upcoming shoot. Through the already defined concept – in this case a beauty shoot – the things are carefully selected. “The focus should be on the face because it’s a beauty shoot, so we decided to wear a Turtleneck sweater, and we took a jacket with us to match the current metallic trend.” 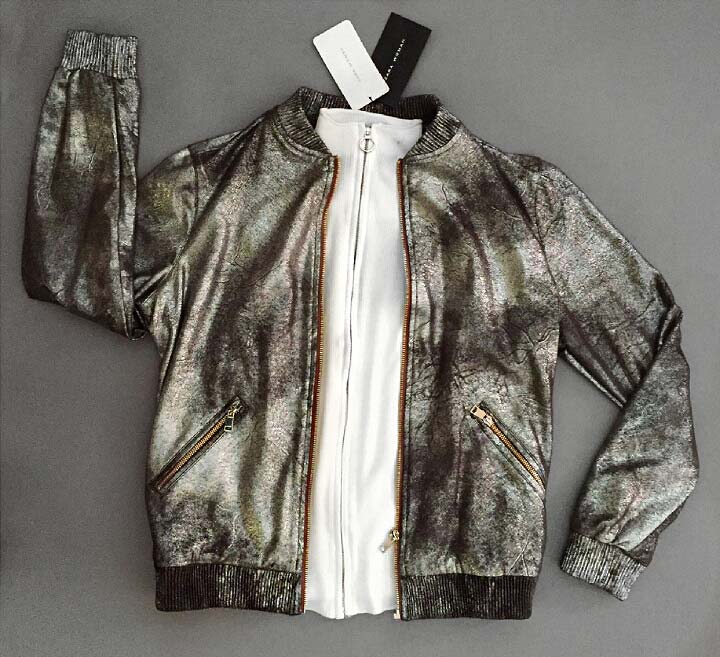 Once in the studio, Oliver and his assistant set up the set; Marie is meanwhile made up by make-up artist Astrid Jerschitz. When asked what inspired her make-up look, she replies, “This is always discussed in advance with the team and today I would describe the look as fucked and glam-messy.” With Astrid we have already experienced many exciting days, also in the spring during the shoot with germanys national television RTL and Sat1. After the make-up comes the styling. When everything is ready, the first test shots are taken in the light. Then the make-up is overworked, until finally the first look sits and can be filmed. To do this, she experiments with the light and poses of Marie. “I’m trying to create a sunny mood, and the shadows on the screen make the sun shine through a window.” 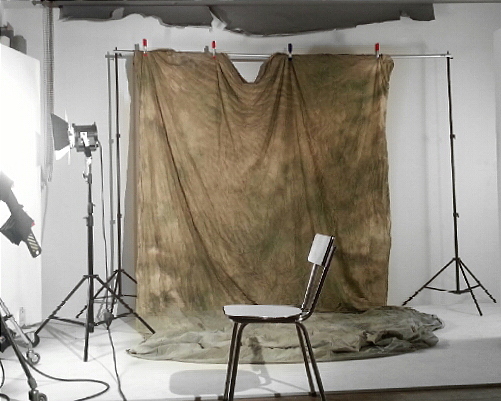 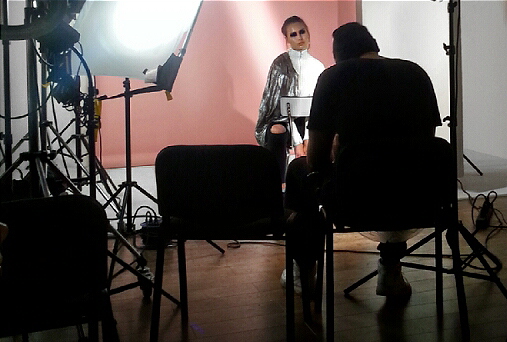 As the second look is made, I ask make-up artist Astrid what she loves about her work. “My job is working with new people every day and I like working in a team.” Model Marie joined the team in May 2015. “At first it was strange to stand in front of the camera, but that has turned into routine relatively quickly.” , so Marie. Look 2 – glamorous and sophisticated – sits and continues to shoot. At the same time, the film crew picks up small clips, which are then cut into a making-of-video.

7:00 pm – Set conversion and strengthening – Sushi in the studio

Between the conversion of the background and the make-up of the third make-up look, there is a quick sushi to strengthen. Then it goes on already. This time Marie is wearing a retro 90s look. At 9 pm it’s finally done for the model, photographer, film team and make-up artist – everything is in the box. Such an 11-hour working day is not uncommon. Add to that the image editing and the editing of the making-of-video.

Of course, the fashion and model industry offers interesting events, many new contacts and exciting shootings. But as you can see, many hours of work are behind the glamorous glow.

Astrid Jerschitz is one of the best in her profession! Her clients include Lenny Kravitz, Bruce Willis, Shaggy, Dieter Bohlen, Andrea Berg, Vanessa Mai, Sophia Thomalla and Guido Maria Kretschmar.