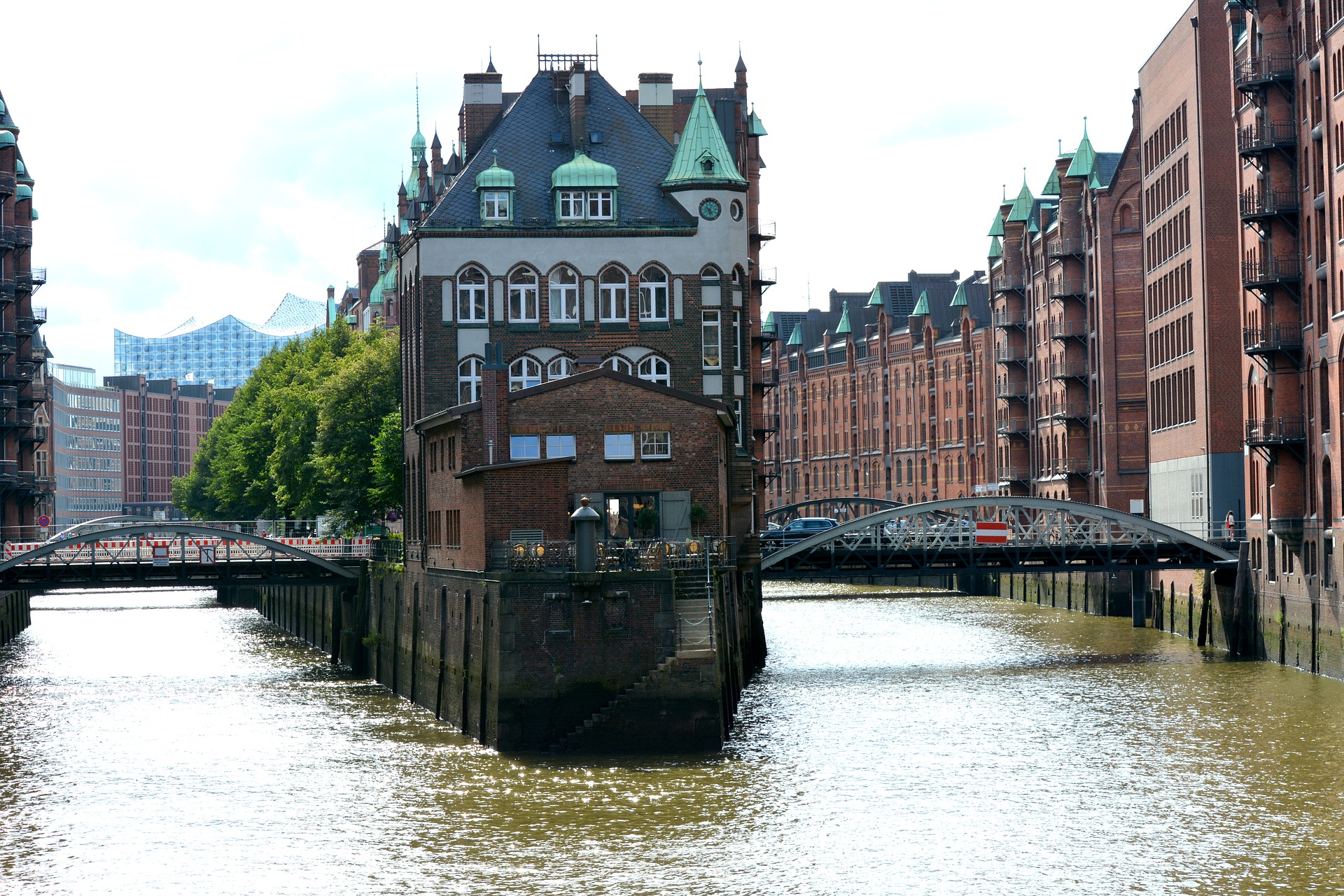 Becoming a model in Hamburg – Posing on the newest observation deck in Hamburg’s landmark, taking selfies in front of the beautiful city hall or fancy pictures in Hamburg’s most futuristic subway station, as a model you of course always want to keep your feed up to date. If you want to know at which places in Hamburg you can take the best pictures, then read on here.

If you’re a model on the road, you’ll want to share your travels and jobs with your followers on social media. Luckily, there are many cool photo spots in Hamburg where you can shoot new pictures for your Instagram feed to keep your fans up-to-date! We as a model agency have picked out the best photo spots in Hamburg for you!

Hamburg’s Speicherstadt is a district close to the harbour and the city centre that is criss-crossed by canals, also called “Fleete”, and is characterised by historic brick buildings, which are photo attraction enough in themselves, but if you stand on the Poggenmühlenbrücke you will discover the so-called “Wasserschloss”, which juts out between two canals.

Water view – explore the canals of the Speicherstadt with the Google Street View boat:

This is where the Elbphilharmonie concert hall and plaza are located:

Look over Hamburg on the plaza of the Elbphilharmonie:

The Old Elbe Tunnel is not only an architectural highlight, but also a significant and nostalgic piece of Hamburg’s history. The tunnel, which has been in existence for over 100 years, serves as the Elbe underpass and is located directly at the harbor under the Landungsbrücken.

You can find the Old Elbtunnel here:

Here you have a 360 degree view in the middle of the tunnel:

On the Reesendamm Bridge in the middle of Hamburg’s city center directly at the Jungfernstieg you can take great pictures with the Inner Alster, the Alsterarkaden or the Hamburg City Hall. The Alsterarkaden are historic Venetian-style arcades with upscale shops and restaurants right on the waterfront.

The Reesendamm bridge is located here:

The Hamburg City Hall including the City Hall Market is in itself a famous photo backdrop, after all, the City Hall is architecturally as well as aesthetically beautiful to look at. In the courtyard of the city hall, where there is a large fountain, however, can be equally beautiful pictures shot.

You can find the town hall including the inner courtyard here:

The Treppenviertel is a part within the Hamburg district Blankenese directly at the Elbe. It is characterized by winding streets, beautiful and large houses and many steps directly on the Elbe slope. At the top you have a wide view over the Elbe and can shoot pictures between houses and slopes.

You can find the stair quarter here:

Dockland: Slanted building on the banks of the river Elbe

This six-storey office building on the banks of the Elbe is one of the most unusual buildings in Hamburg: the structure, which is tilted from east to west and takes up the geometric shape of a parallelogram, projects 40 m freely into the Elbe like the prow of a ship. A staircase leads to the publicly accessible viewing platform on the 6th floor, which offers a breathtaking view of the Elbe and Hamburg.

The Isemarkt is a weekly market that takes place twice a week under the railway line of the underground line U3 in the districts of Eppendorf / Hoheluft. The market is one of the largest and most beautiful weekly markets in Germany with a variety of classic market goods and is perfect as a photo backdrop with a continuous protective roof, thanks to the elevated railway viaduct.

You can find the Isemarkt here:

The last cool photo spot is in the subway station of the new U4 train line. That’s right, in a train station! This new station was opened in 2012 and looks ultra futuristic. From the high ceiling hang so-called “light containers” that regularly wrap the station in new colors and create different atmospheres. Every hour on the hour there is also an impressive light and sound show to watch.

This is where the aesthetic station is located:

The port metropolis on the Elbe is quite different from the other typical big cities in Germany. Hamburg is characterized by Nordic influences, water and Hanseaticism. This is also reflected in the buildings and architecture, the aesthetics of the Hamburg City Hall is unmistakable and also the many canals of the Speicherstadt really look good in pictures! So if you’re a model in Hamburg, make sure to capture the essence of Hamburg in your pictures and take some new Instagram selfies at the typical hotspots of the Hanseatic city.