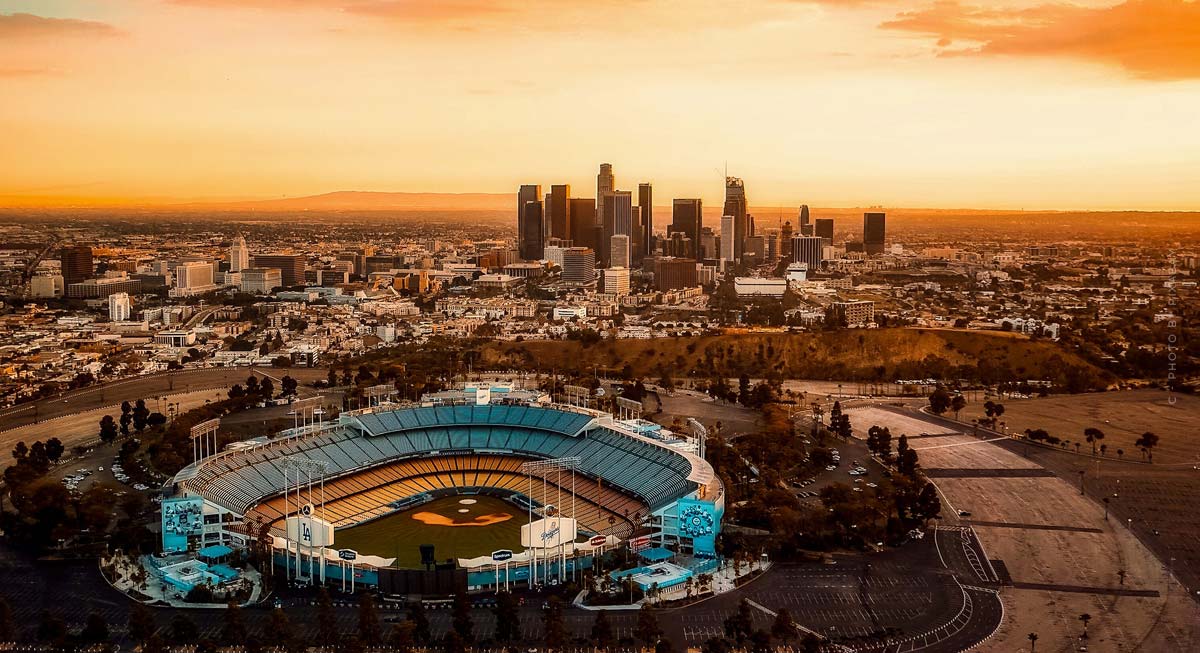 Be a model in Los Angeles – live in Westlake, go to West Hollywood for a shoot, then enjoy a coffee and the arts in the Arts District. This is what your everyday life in L.A. could look like! Or maybe you’ll choose an apartment right in Downtown Los Angeles. If you want to learn more about L.A.’s neighborhoods, read on here.

Los Angeles is the largest and most densely populated city in all of California. There are artsy neighborhoods, celebrity neighborhoods, and of course central and outlying neighborhoods, all of which have their own advantages and disadvantages. It can often be a bit difficult to orientate yourself in a new city and especially to find out in which district you fit in best. We as a model agency help you to find your start in Los Angeles and show you where you should move to the trendiest neighborhoods of Los Angeles.

Here you’ll find the best clubs and bars in the city. Although you would think from the name that you are right in the center of Los Angeles, this is not quite true. However, downtown is one of the most affordable parts of LA.

Bunker Hill is a district of Downtown L.A. and is also considered the cultural heart of the city. It is home to many cultural buildings such as the Walt Disney Concert Hall and the Museum of Contemporary Art.

Here you will find bars, restaurants and art galleries of all kinds. The neighborhood is characterized by Chinese culture by the Chinese who immigrated in the 1880s.

The Walk of Fame or the Universal Studios make this part of town particularly exciting. You can find in Hollywood what you imagine under Los Angeles. However, you have to be prepared for the fact that there are many tourists in the district.

The world famous Hollywood Boulevard is home to the Walk of Fame, the TLC Chinese Theatre and museums such as the Hollywood Museum and the Guinness World Records Museum.

The Hollywood Bowl is a historic amphitheater and was named one of the 10 best live music venues in America by Rolling Stone Magazine in 2018. The shell-shaped open-air stage has hosted artists such as Frank Sinatra, The Beatles, Kylie Minogue and Elton John.

Here too, like the rest of Hollywood, there are many other Los Angeles landmark attractions. However, what makes West Hollywood particularly popular with residents is the glamorous Sunset Boulevard that runs through the district.

The Sunset Strip is the part of Sunset Boulevard that runs in West Hollywood between the Hollywood and Beverly Hills neighborhoods. The street is known for its boutiques, restaurants, and rock and night clubs.

The Chateau Marmont is a pompous luxury hotel built on the model of a French chateau. It is a beautiful looking building and became famous because of incidents in the lives of celebrities that took place there.

A creative and particularly exciting quarter. If you feel at home among artists and cheerful people, this is the place for you. There are galleries everywhere and the streets are bursting with street art and graffiti. A district with character.

A simple but popular café with good food and drinks. Not only is Urth Café popular with frahling lovers, but also with many YouTubers and bloggers, as the dishes are beautifully presented and couldn’t be more Instagram-worthy.

If you’re in L.A.’s Arts District, you should definitely take a street art tour. Although the route focuses mainly on murals, there are also stops at galleries and if you’re lucky, you might even see artists in action.

Los Angeles for those who don’t want the urban jungle right in front of their noses every day. You can get everywhere in the city, especially with public transport, but you are still not directly in the hustle and bustle. The MacArthur Park offers of course like all parks in Los Angeles a great opportunity to relax.

A beautifully landscaped square park located in the heart of Westlake with a wonderful view of the Downtown L.A. Sykline. The beautiful lake in the park is fed by natural springs.

The best neighborhoods in Los Angeles

Hip cafés in artistically hyped neighborhoods, glamour and luxury on a Hollywood street, cultural diversity in a wide variety of restaurants, bars and nightclubs, or residential neighborhoods that are slowly on the rise. Los Angeles offers diversity to its residents and is a great place to live. The choice is yours as to which part of L.A. you would like to live in.