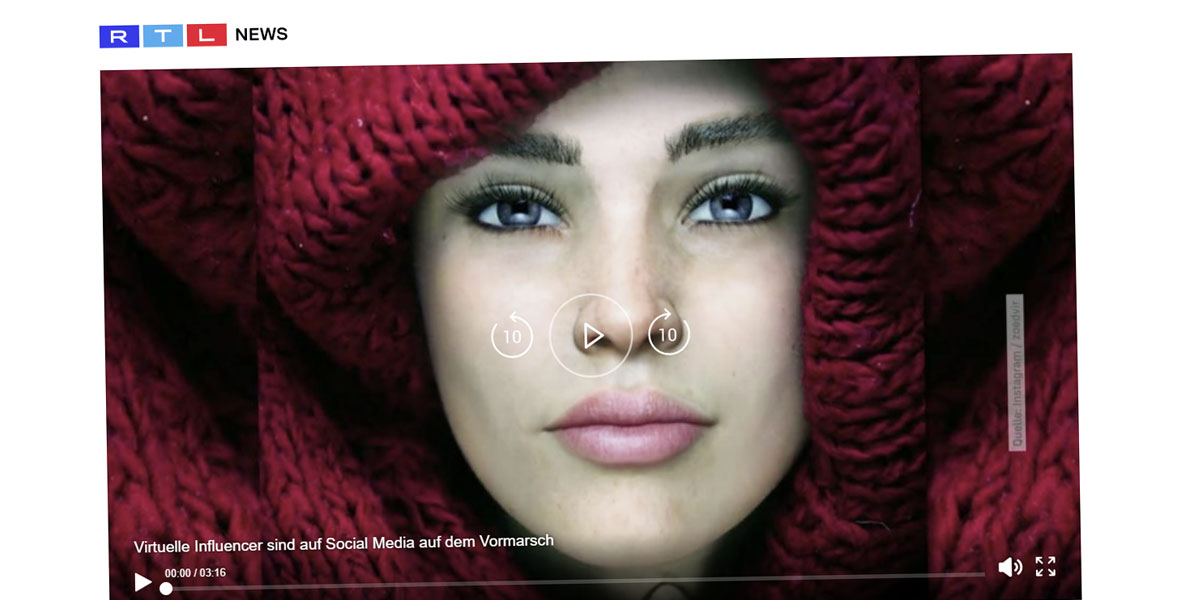 Our last TV highlight this year! RTL was a guest in our model agency to learn more about virtual influencers. So from 15 minutes of interview finally become 3 broadcast minutes, with strong insights into our development with Ella & Zoe. Their first jobs at the Berlin Fashion Week, Moscow Fashion Week and also in TV spots, including Buffalo London. Also on board is the creator of Noonoouri. A real summit meeting of a whole new era! Watch it now on RTL.

There are 10,000 Hollywood movies, 1,000 actors and billions of fans around the world. Even though you only know the actors from a role and have never met them in real life. Viral influencers are also primarily about good storytelling – and of course, a lot of nerd know-how (programming). From the idea to the campaign, 2 months can pass. In return, customers are 100% flexible. Everything can be changed and adapted afterwards.

After our Kick-Off 2021, at the Berlin Fashion Week, with MarcCain, the topic is now slowly picking up some speed. Now for the first time also on RTL, one of the biggest TV stations in Germany, with millions of viewers every day. Many thanks to the RTL team for your time!

The whole article on RTL:

Want to meet more virtual influencers from around the world? Here is a small overview. 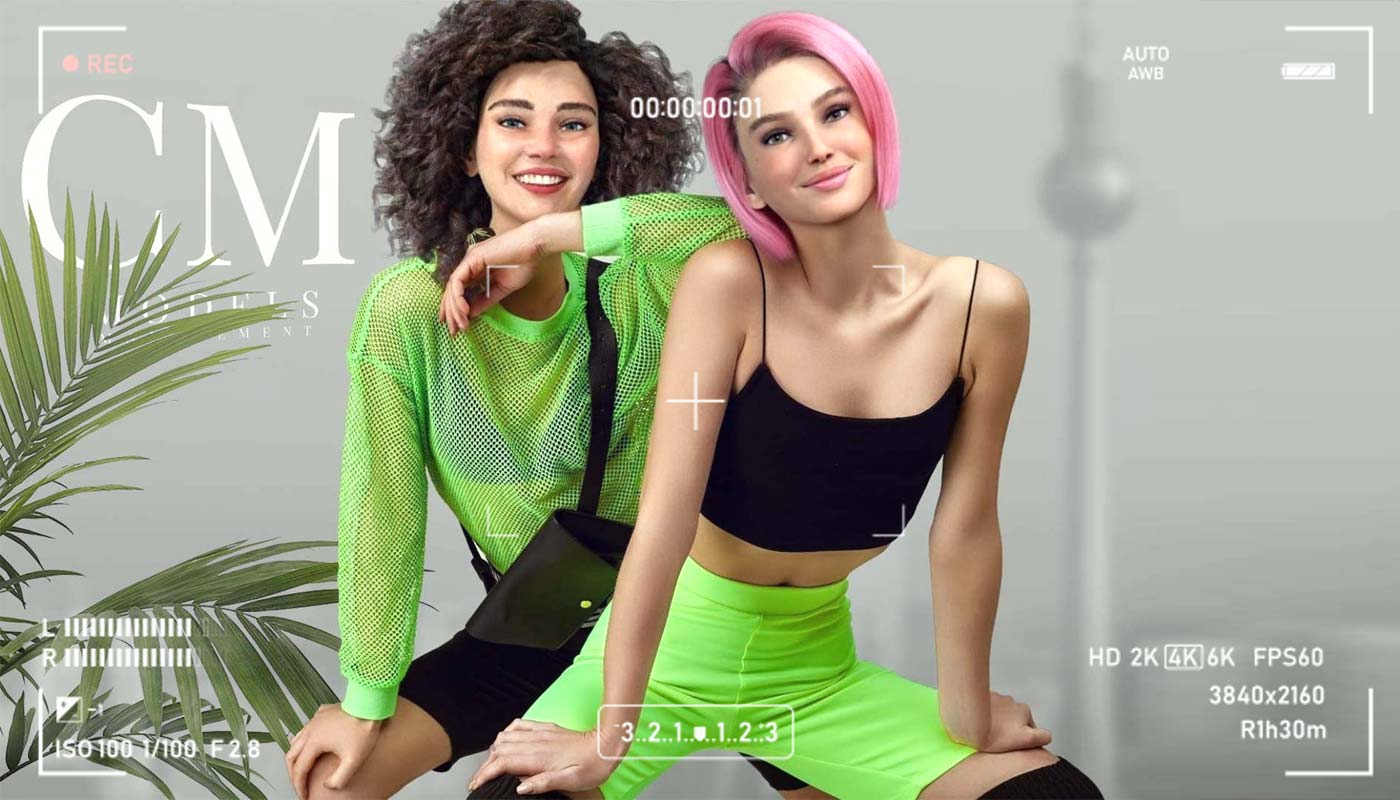